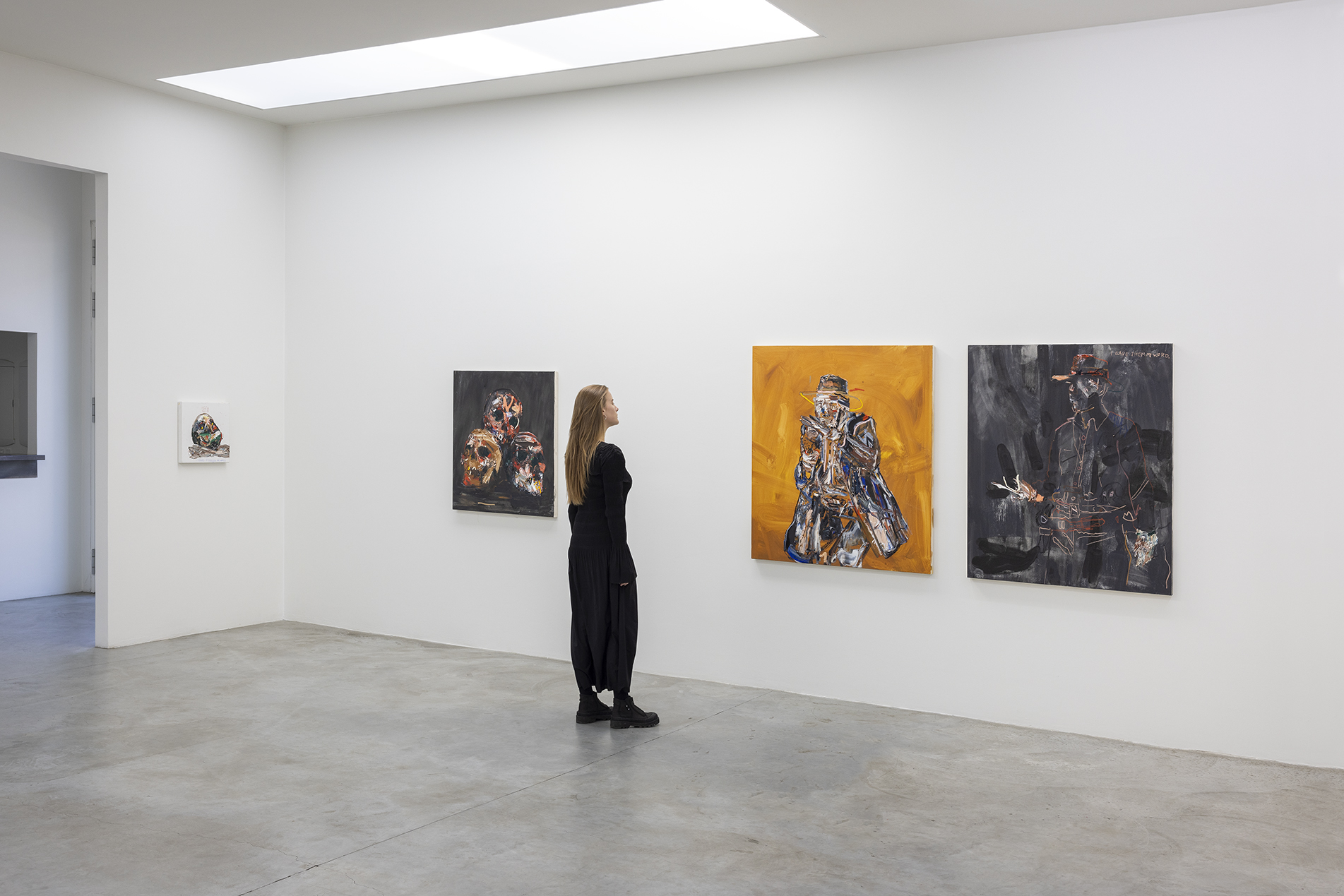 Protagonists and antagonists, mirrored, trade places and become one. Outlaws, cowboys, antiheroes, gunslingers and harbingers of death populate Destino Matar, the new solo exhibition by John Copeland. Characters marked and marred by their lives and livelihoods. Lonesome even in the company of others. Caught in suspenseful sequences or somber reflection.

The dynamic and often panoramic compositions engage with the heritage from the Italian westerns created by Sergio Leone and Sergio Corbucci in the sixties. In paintings on canvas and paper, figuration bleeds into abstraction and vice versa, giving rise to new mental landscapes. Compositions balance on a knife’s edge between creation and collapse. Vivid and visceral brush work dance with fine and fragile lines. Slashes, smears, scrapes -push and pull -marks applied and removed. Naked canvas contrast with dense and intense patches of oil paint. Bright blue and red hues, dirty earthy tones and multiple shades of black. There is tension in both the motifs and the execution. The paintings are vibrating.

The Italian westerns of the period took the American ideals, archetypes and iconography of the genre and subverted them wholeheartedly. John Copeland’s new work pay tribute to the subversion and distortion in both form and matter. Engaging this iconography from a contemporary position, images are flipped, doubled, abstracted, electrified, juxtaposed, altered, broken and rebuild. The violent western male myth is scrutinized; who are these characters bound by heavy destinies? Men with broken hearts, quite often seemingly driven by greed or revenge or both, who are very proficient at something sinister. The inherent destruction and self-destruction. If there are heroes, the heroes are humans. Flawed humans. Empathy also demands understanding.

John Copeland’s new body of work channels the energy of Corbucci and Leone, their approach, the radical subversion of self-image and -understanding, but it is more a dialogue than an analogy.The exhibition lends its title from the track Destino Matar by the Australian composer and founder of the musical project Steroid Maximus, J.G Thirlwell.

A new book that interconnects the exhibitions This Is Not My Beautiful House and Destino Matar will be available this winter. 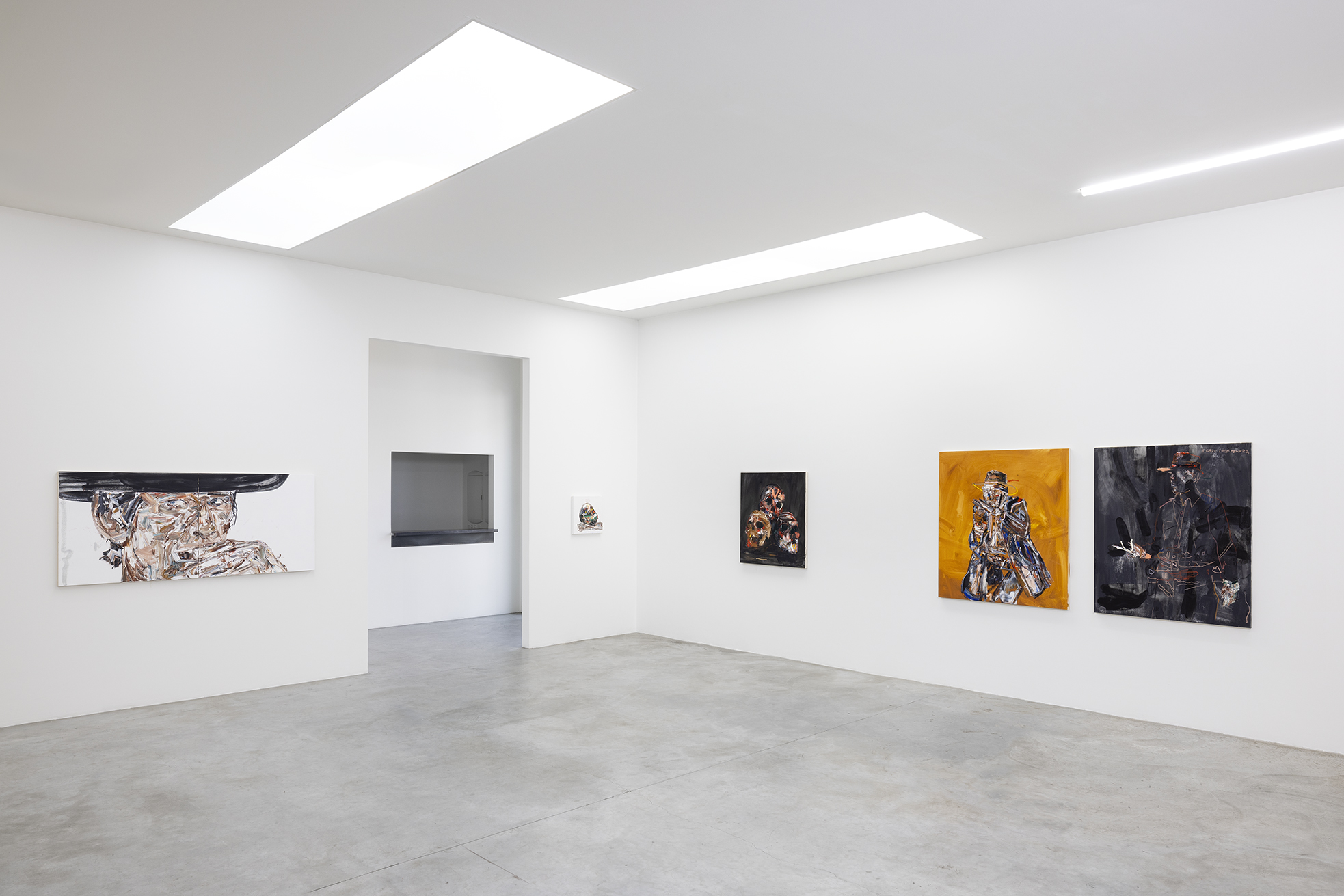 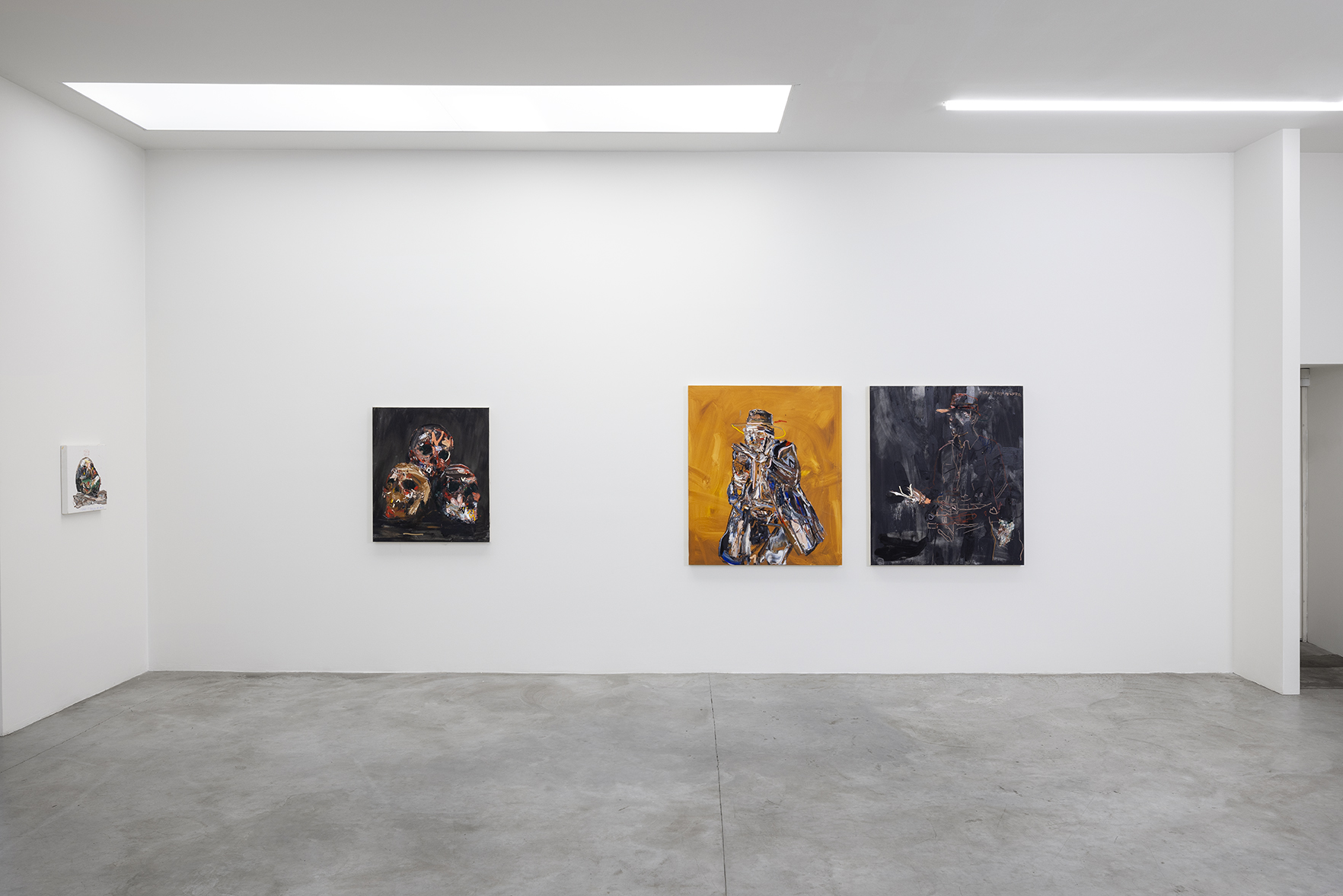 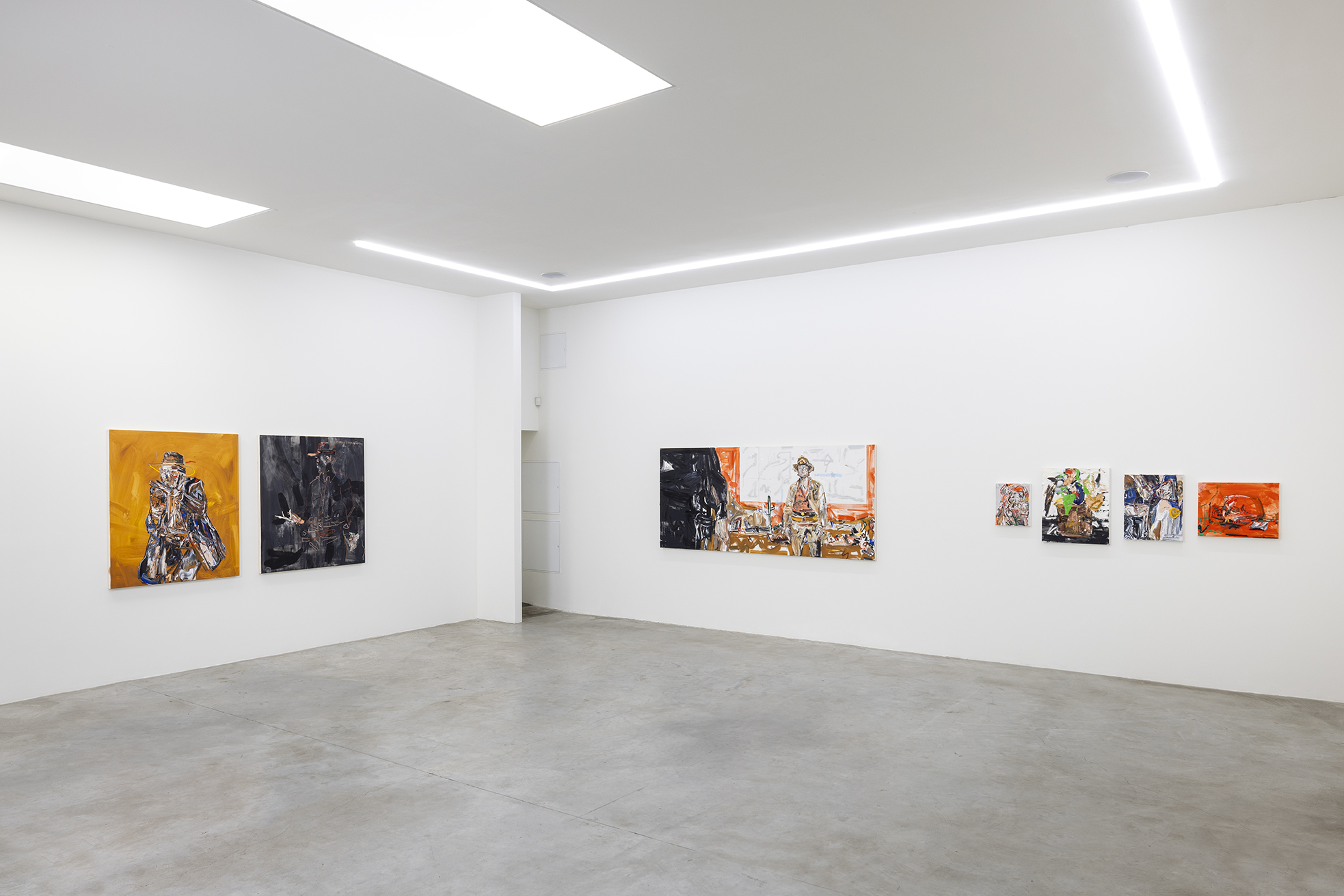 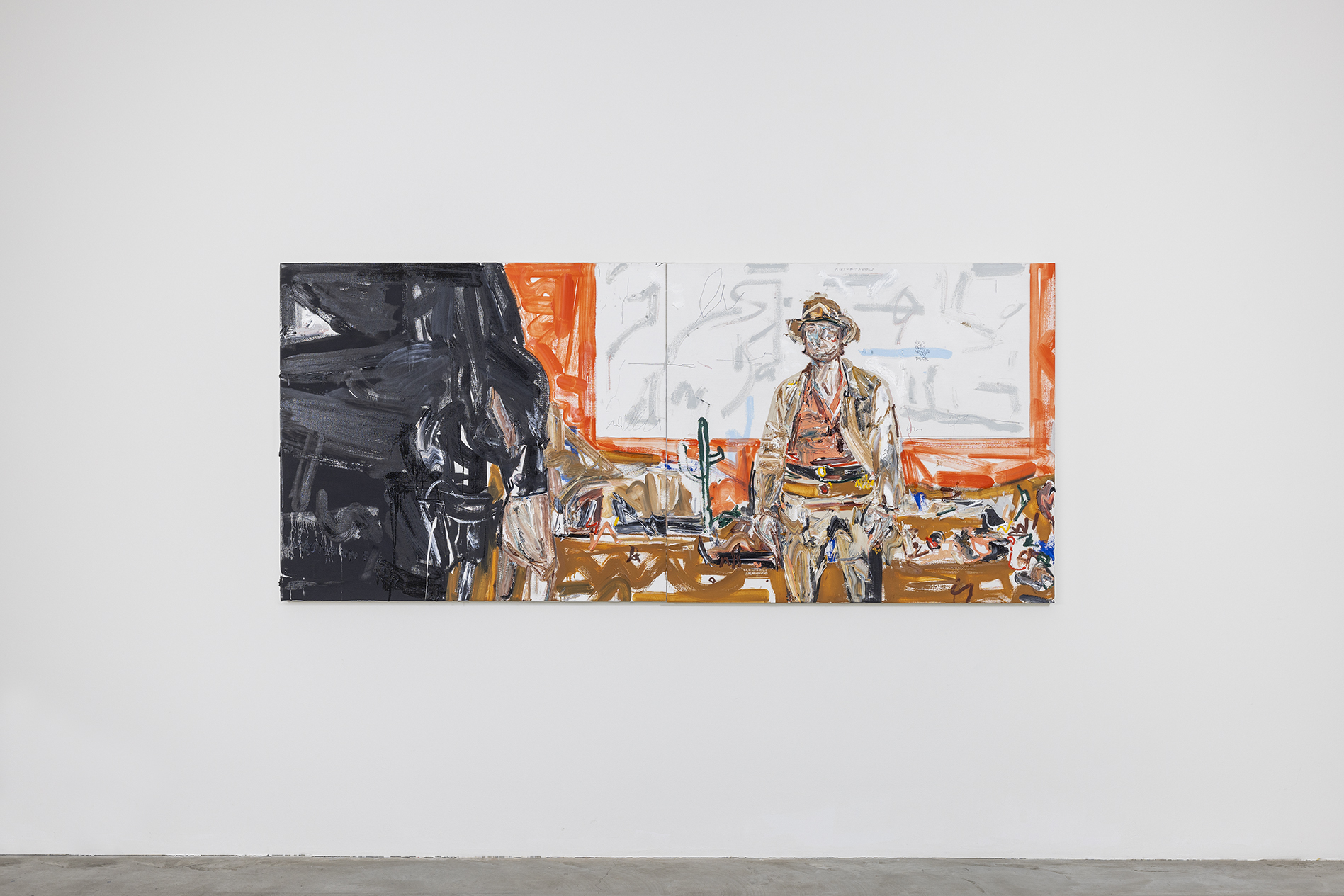 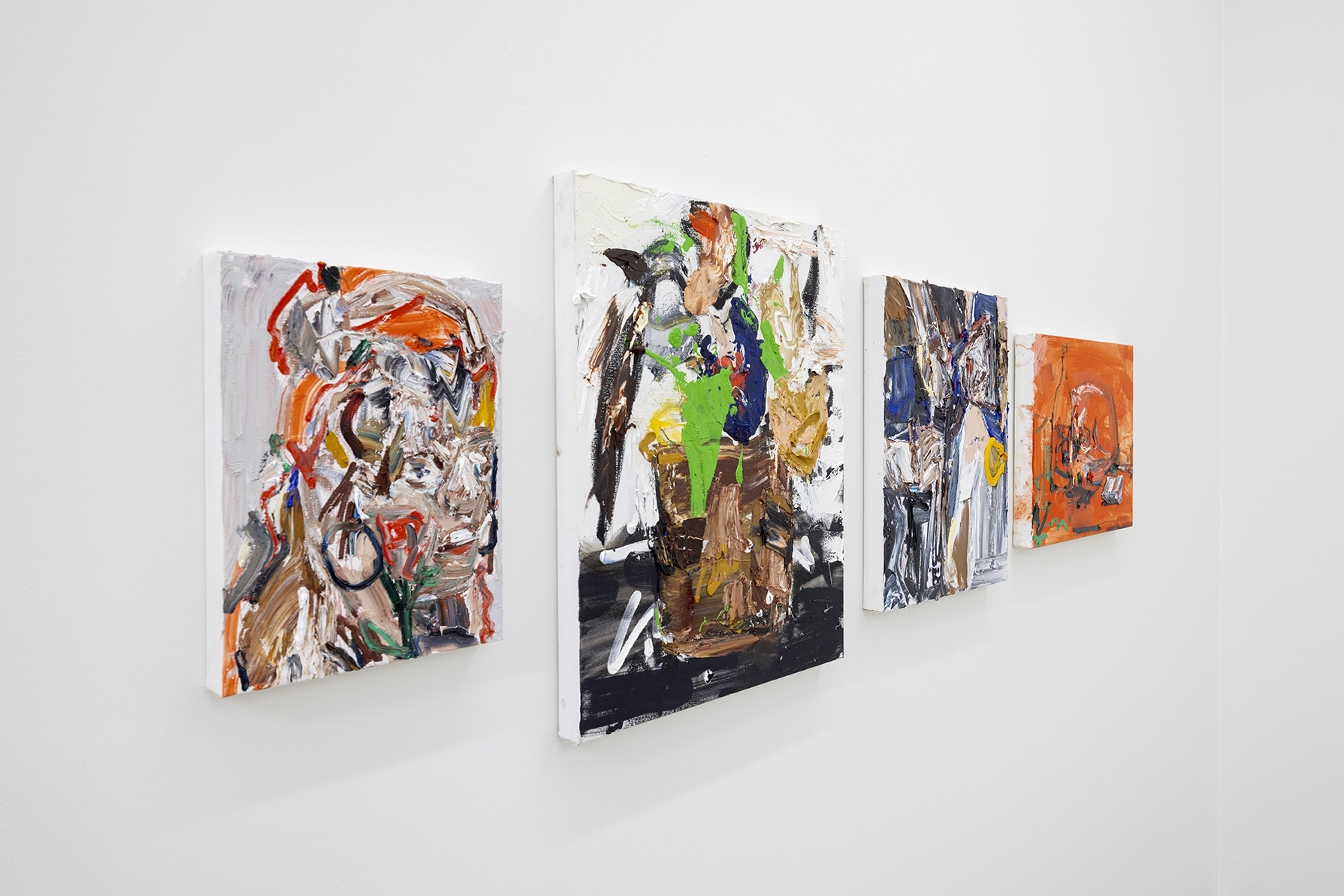 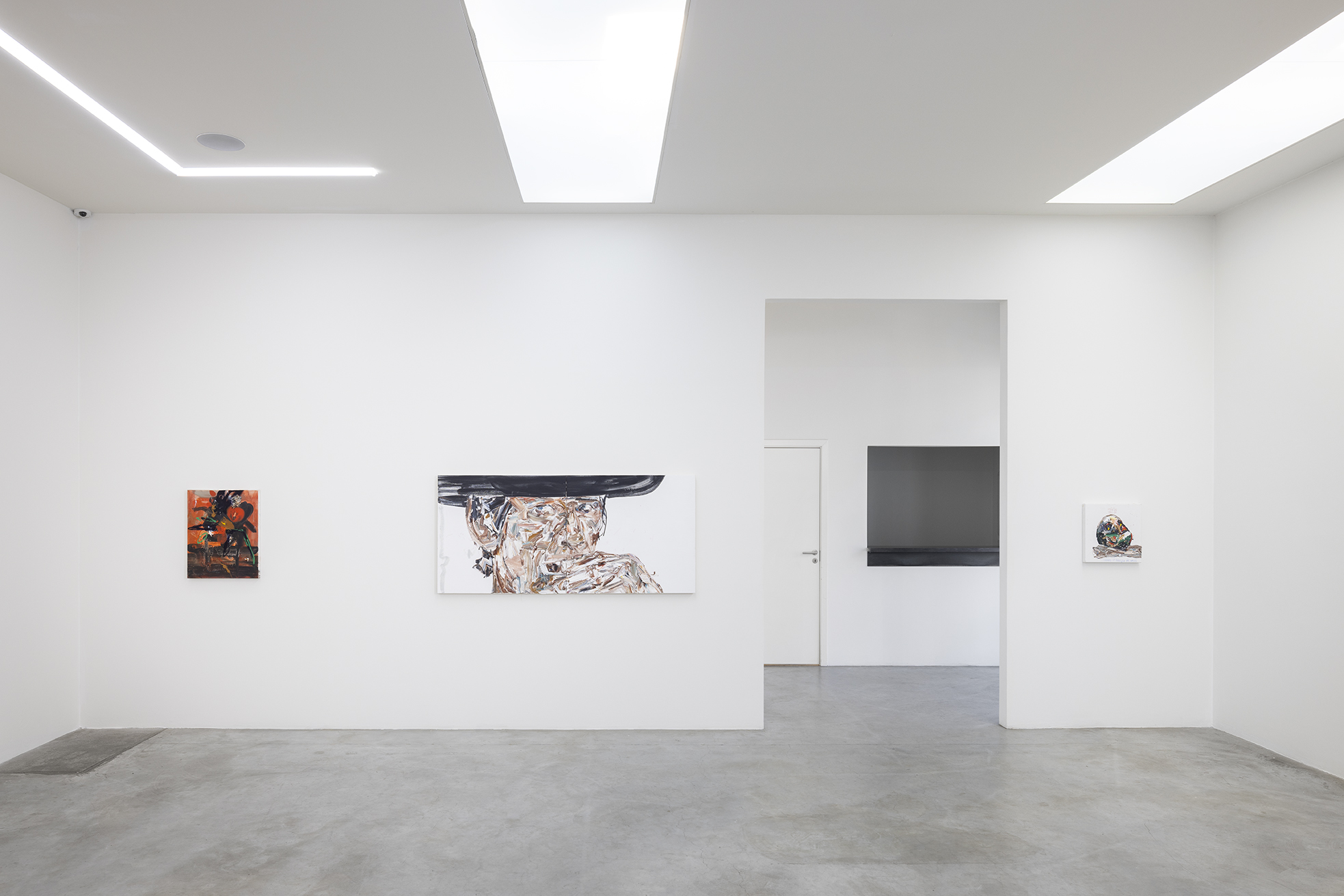 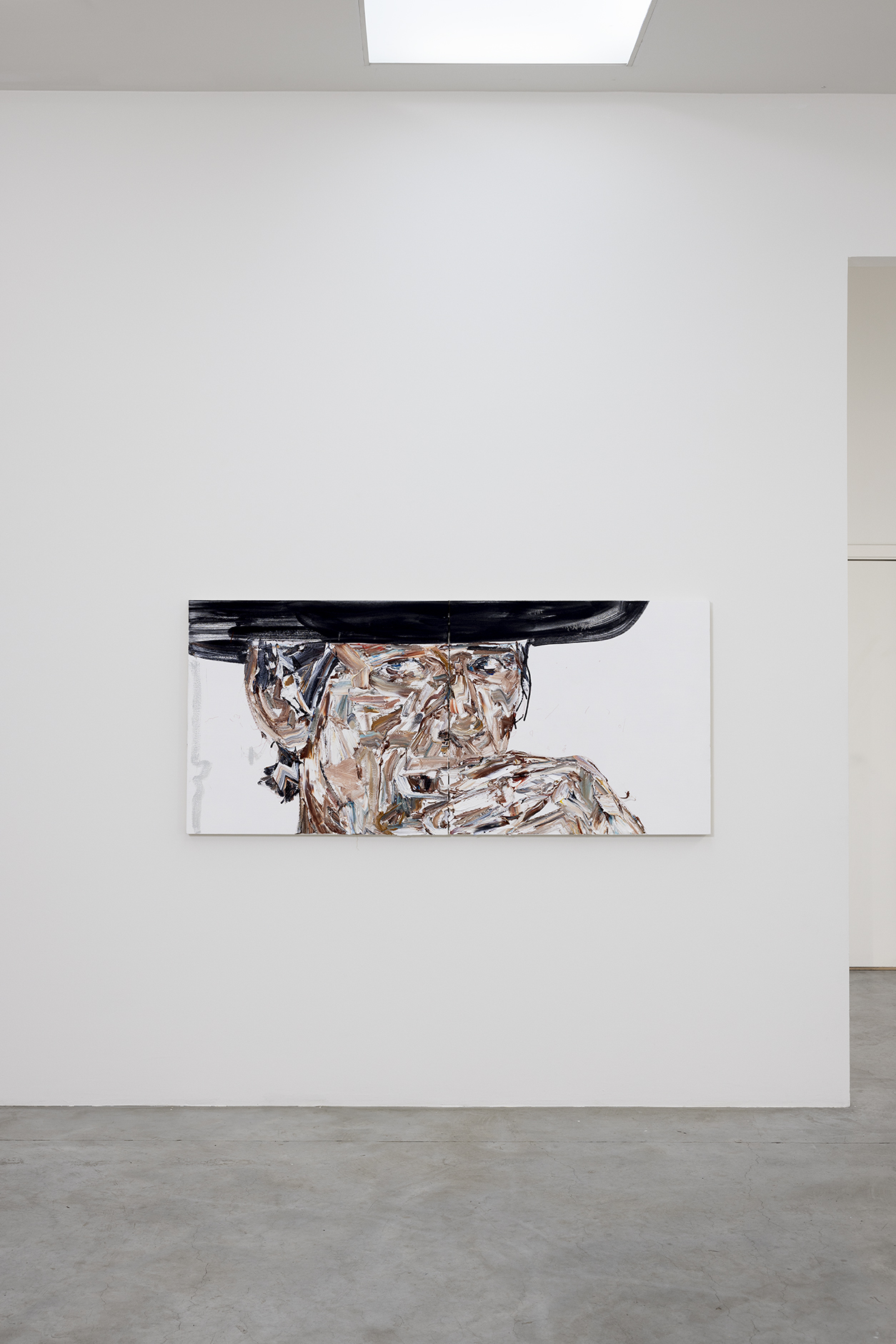