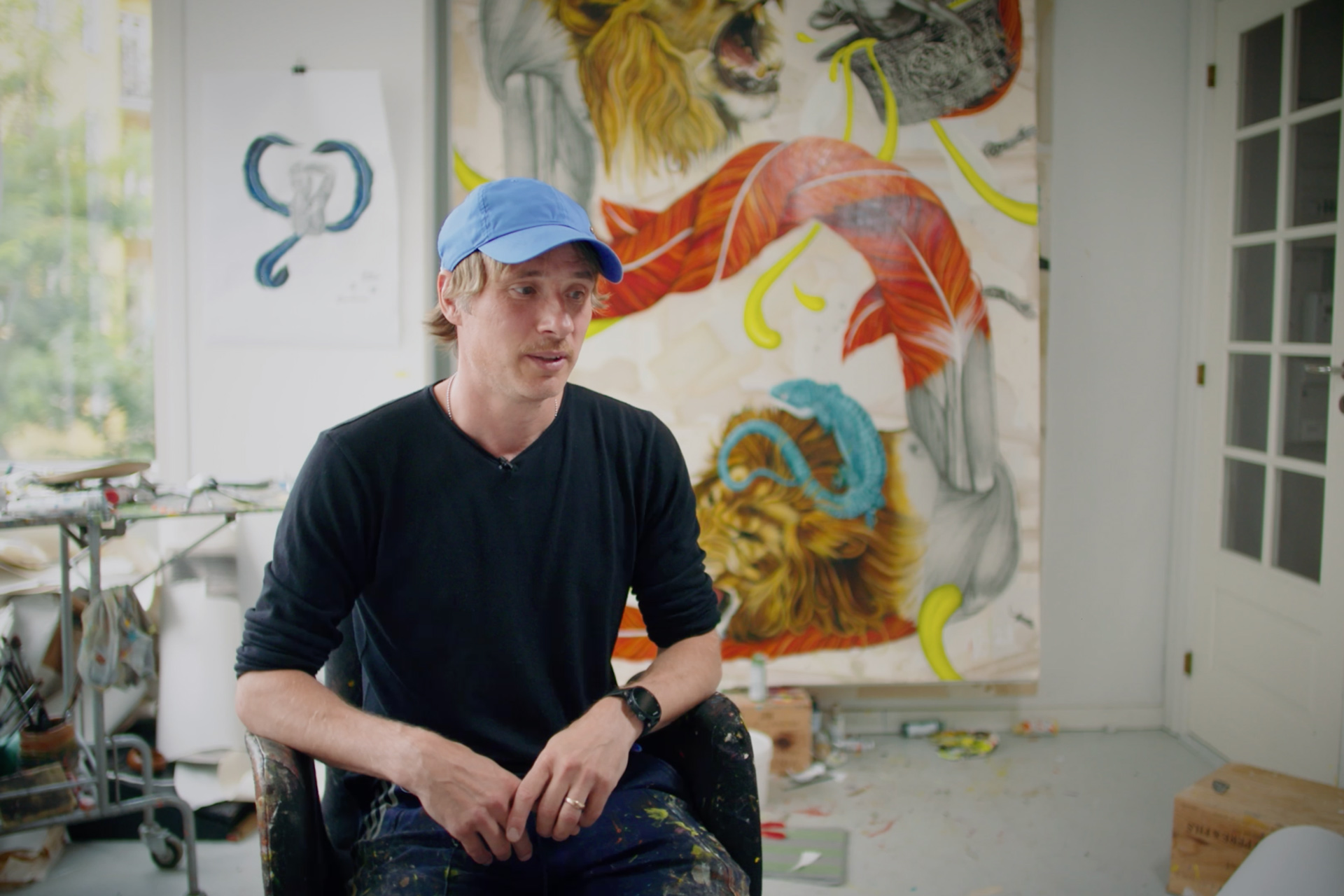 “It’s a lot of classical power positions but at the same time not at all, because he is completely torn apart” – Troels Carlsen

A conversation with Troels Carlsen about paradoxes generated by the breakdown of structures in the painting “The Banana Split” (2021) from his current solo exhibition Bloomerang at Eighteen. Carlsen’s archival impulses spring from a nearly forensic interest in how images are made, and how our understanding of the world is constituted by images in a symbolic as well as a literal, bodily sense. Carlsen’s interest in image creation explores how we recognize- and idealize both ourselves and others with romantic introspection.