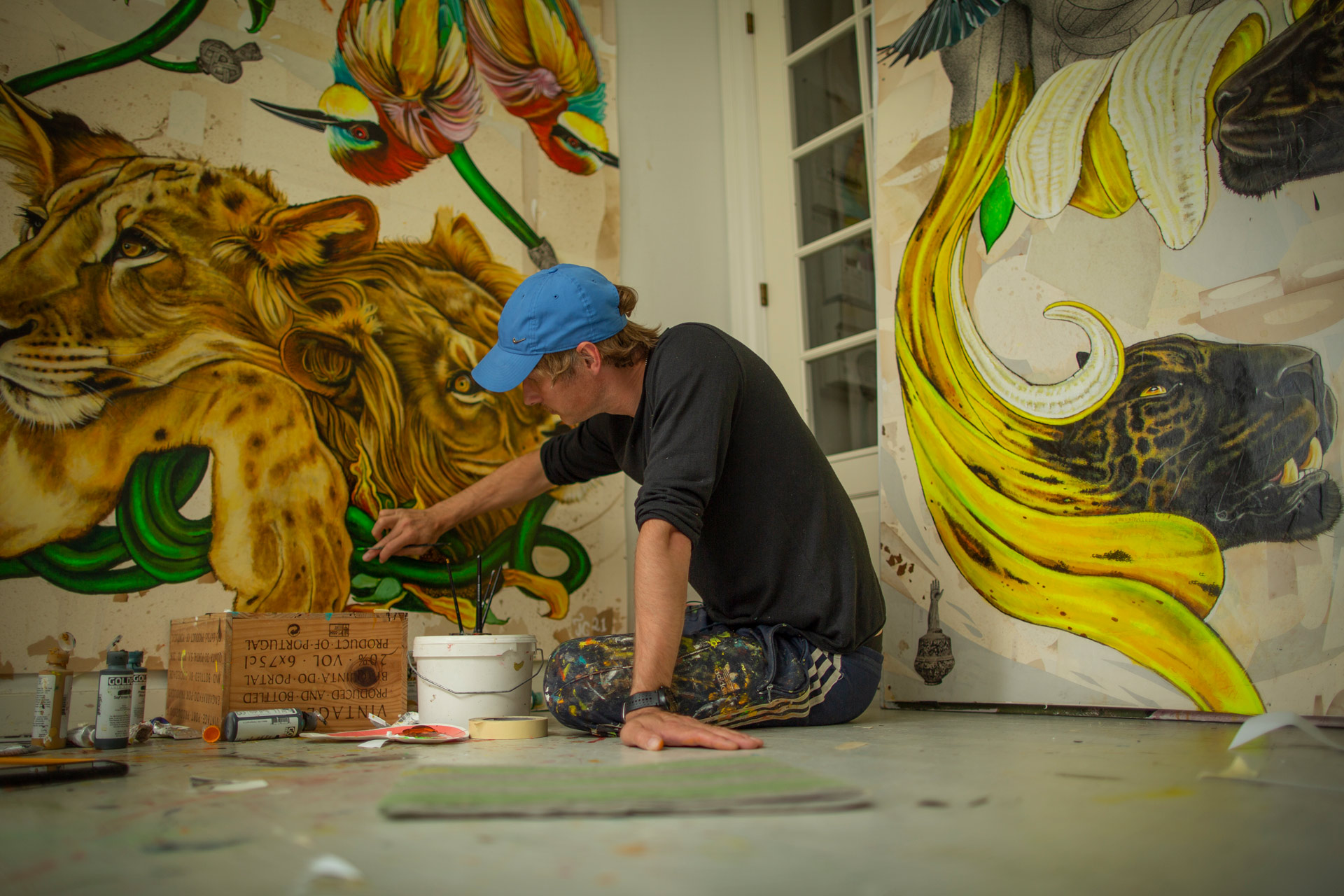 A conversation with Troels Carlsen in his studio prior to the opening of his solo exhibition Bloomerang at Eighteen on September 24, 2021. Carlsen urges us to revisit the contested concepts of man and animal, nature and culture, past and present, and macro and micro cultures, thriving on what could be perceived as paradoxes generated by the breakdown of structures. His works conflate an abundance of wildlife – including roaring lions, black panthers, graceful birds, and a constant array of exaggerated fauna and vegetation – in psychedelic formations.