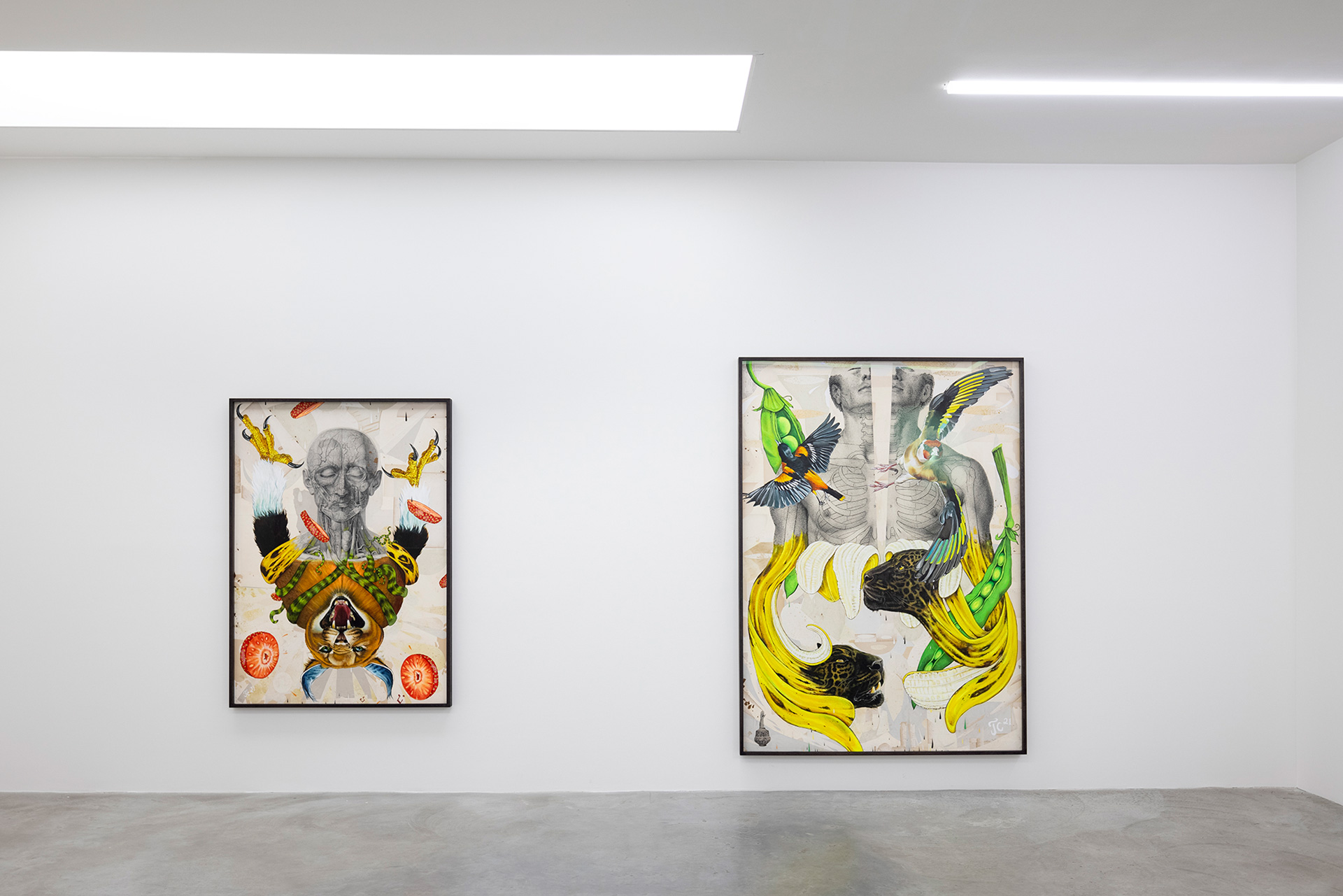 Eighteen is pleased to present Bloomerang, a visual symphony of eight new paintings by Troels Carlsen. Over the last two decades, Carlsen has developed a painting practice, in which canonical art historical subjects are transferred to otherworldly realms. Paintings beyond dreams with intentions too deliberate to be labeled Surrealist. His work incorporates nineteenth-century anatomical drawings into the world of his painting, resulting in visceral assemblages of hybrid figures. Without any emblems from modern everyday life, these proto-classical studies of the human body are just pure skin, muscles, structures, ready to be rewritten. With a vision to “illuminate the potential of life”, as he proclaims in a recent interview with the gallery, Carlsen urges us to revisit the contested concepts of man and animal, nature and culture, past and present, and macro and micro cultures, thriving on what could be perceived as paradoxes generated by the breakdown of structures. His works conflate an abundance of wildlife – including roaring lions, black panthers, graceful birds, and a constant array of exaggerated fauna and vegetation – in psychedelic formations.

From his breathtaking meditations on the intersection between species, neo-surrealist wonder and visual confusion begin to unfold. In his large-scale assemblage painting, Banana Split (2021), the anatomical study of a monumental Belvedere torso is symmetrically split in two, twisting our perception of figure-ground, akin to a Rubin’s vase. Scientia potentia est (“knowledge is power”). A classical power pose, yet isn’t he torn apart? Defying standard classifications, the torso is assembled with supersized pop-elements set amidst an electric colour palette. Instead of possessing arms, he flaunts exaggerated banana-peel-tentacles seamlessly growing from his shoulders, elegantly folding, and sprouting panther heads at the tips, while exotic birds and vivid pea pods float around freely. In other works, banana peels are replaced by sunflower stalks or outlandish reddish feathers that twist and fold and prove difficult to follow like a Möbius strip, seamlessly merging with anatomical limbs. With his interspecies motifs, Carlsen pushes the limits for the ridicule. As in Molière’s seventeenth-century one-act satire, Les Précieuses Ridicules, the works in Bloomerang find a new form of freedom guided by an ultra-witty fascination with obscure, or even ridiculous, details.

Contrasting with these five large-scale works, the vase-motif is continued in a series of three smaller assemblage paintings which present foreboding representations of perishability. Mixing literal and symbolic imagery, each of these works show a silhouette of a skull in an exaggerated fishbowl, giving you a glimpse of flora and fauna in other worlds.

Carlsen’s archival impulses which connect such seemingly disparate references spring from a nearly forensic interest in how images are made, and how our understanding of the world is constituted by images in a symbolic as well as a literal, bodily sense. Carlsen’s interest in image creation explores how we recognize- and idealize both ourselves and others with romantic introspection. As the title of the exhibition suggests, a portmanteau of bloom and boomerang, when you throw something out in the world, it will return to you in a pollinated- and newly enlightened form. “Life changes in the instant. The ordinary instant”, as a favorite author of Carlsen’s, Joan Didion, would say.*

What are we but constant change? May you bloom. 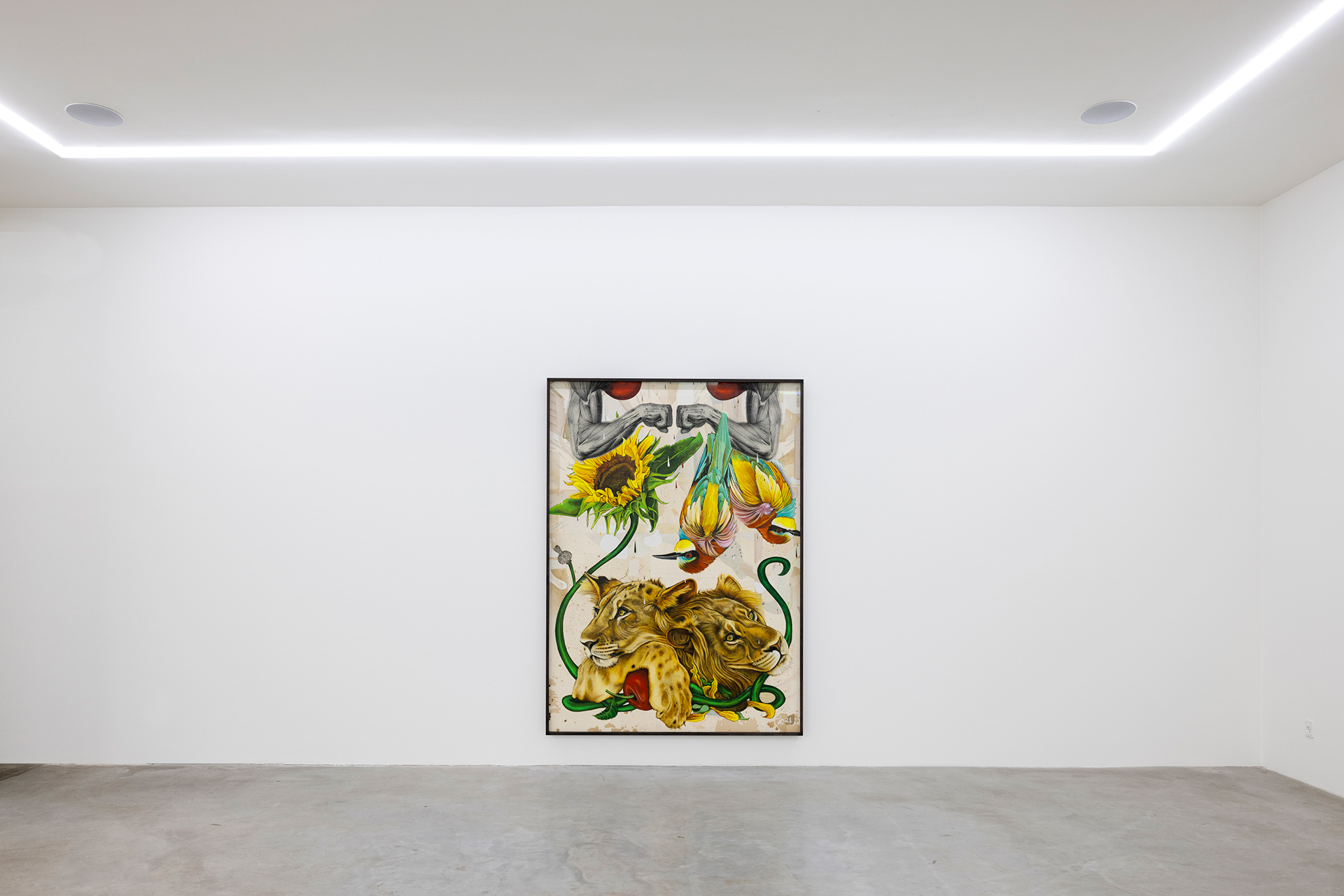 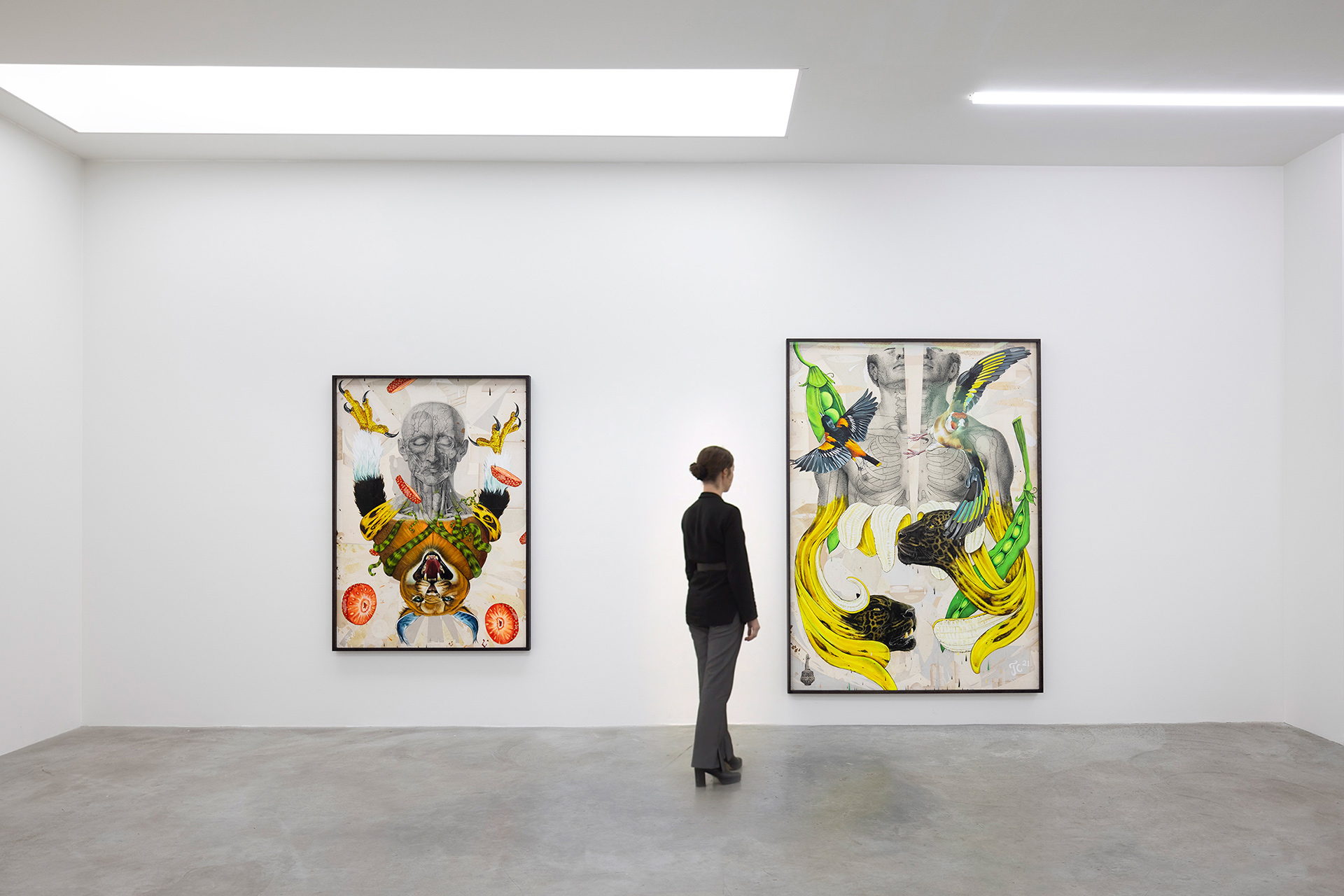 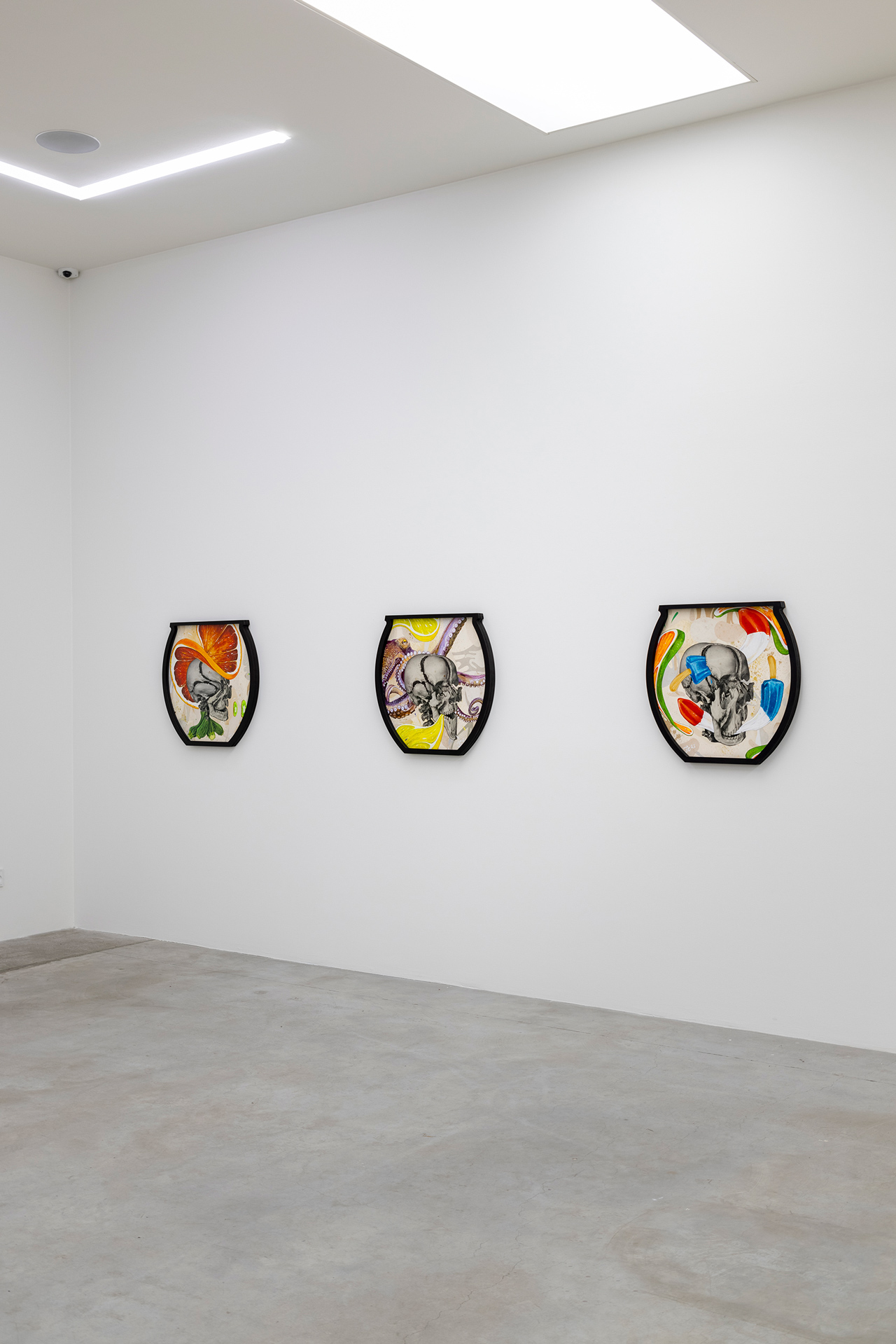 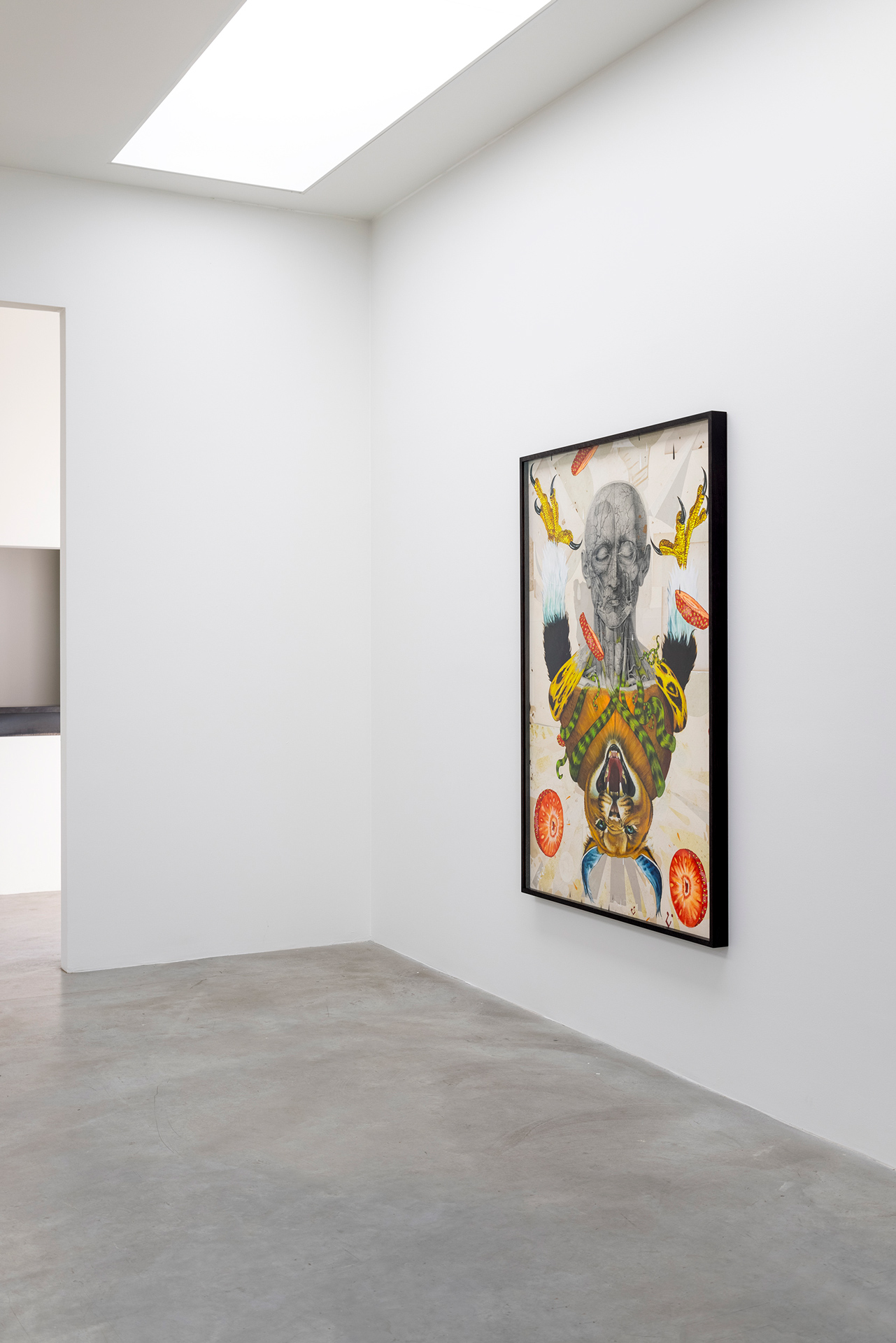 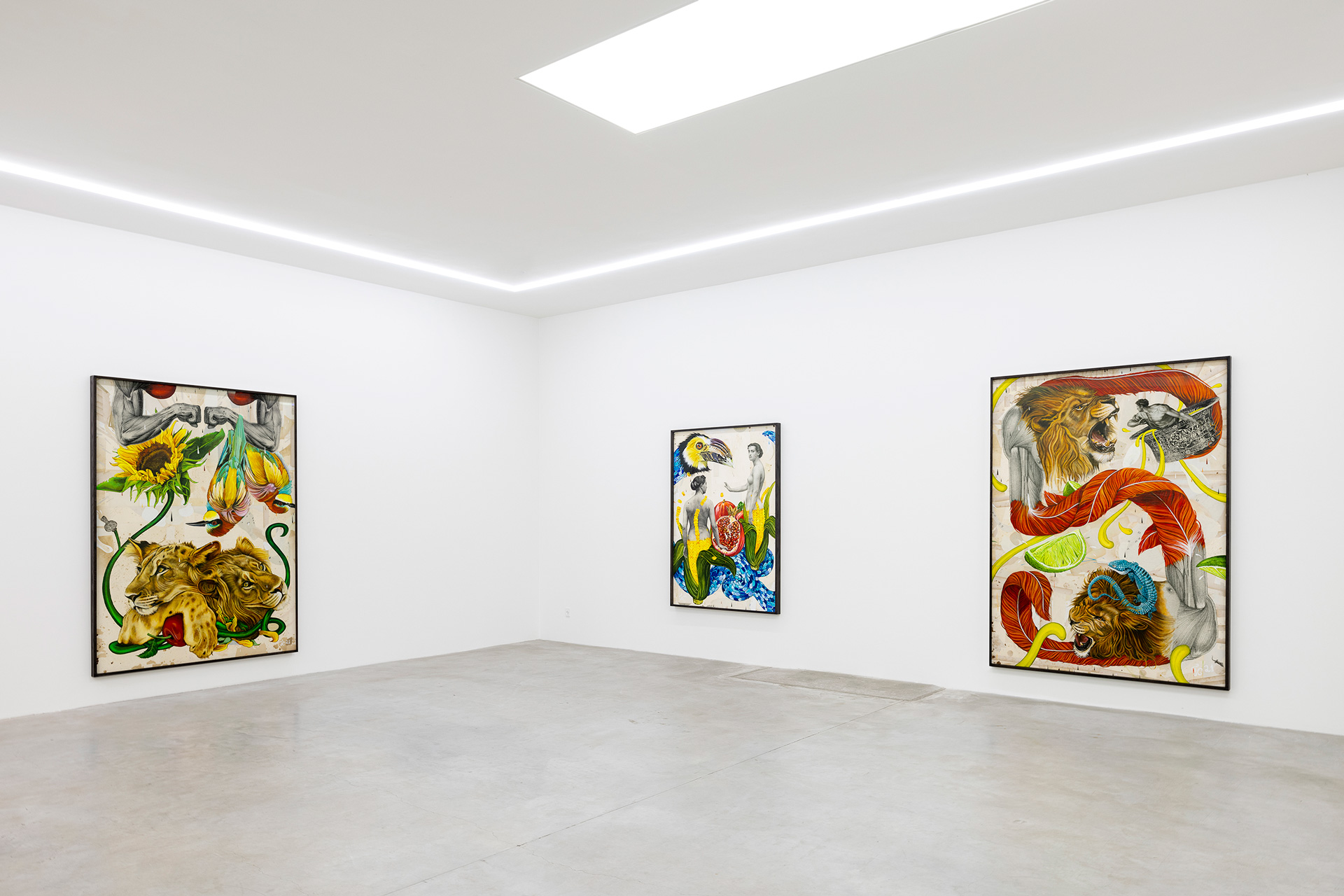 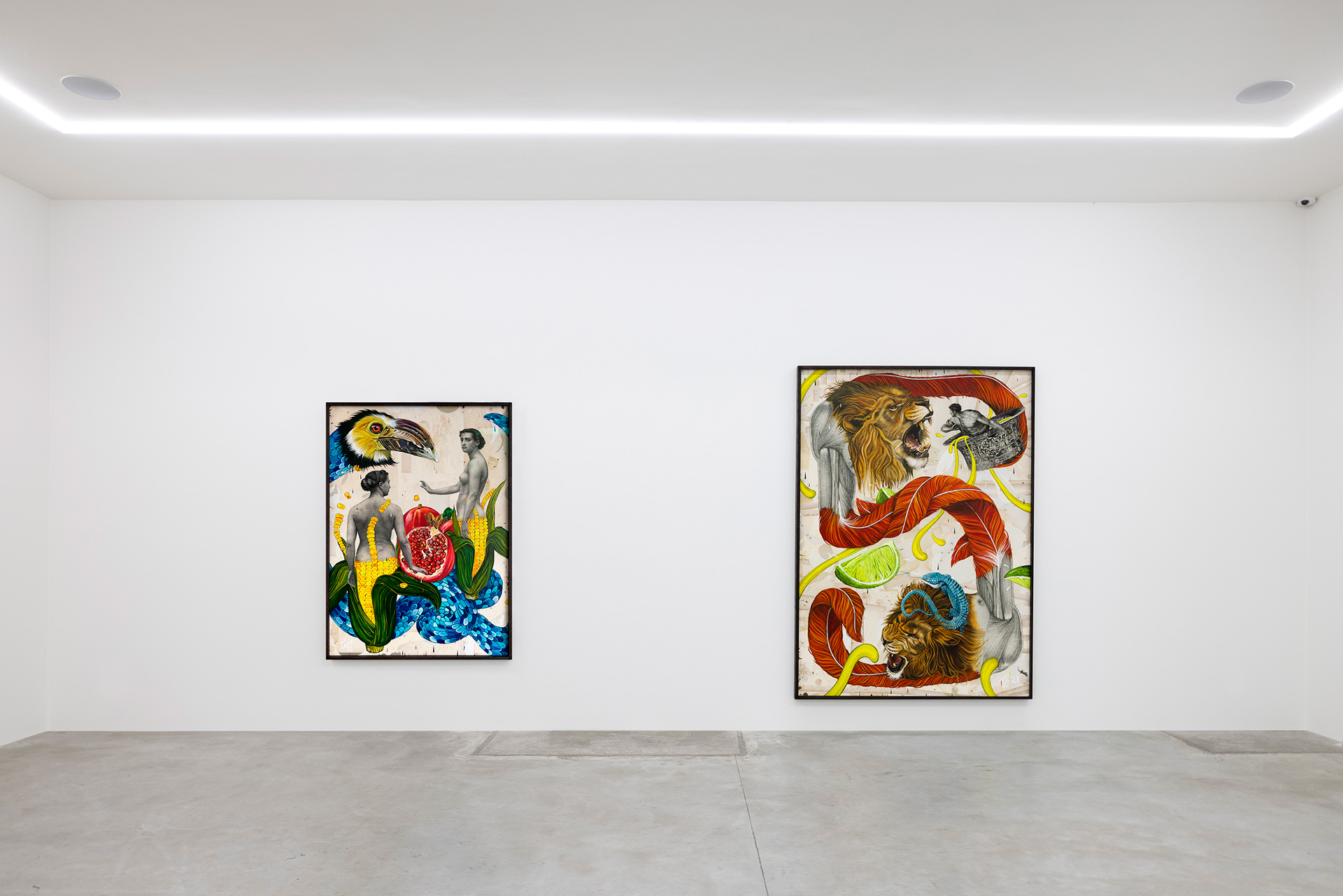