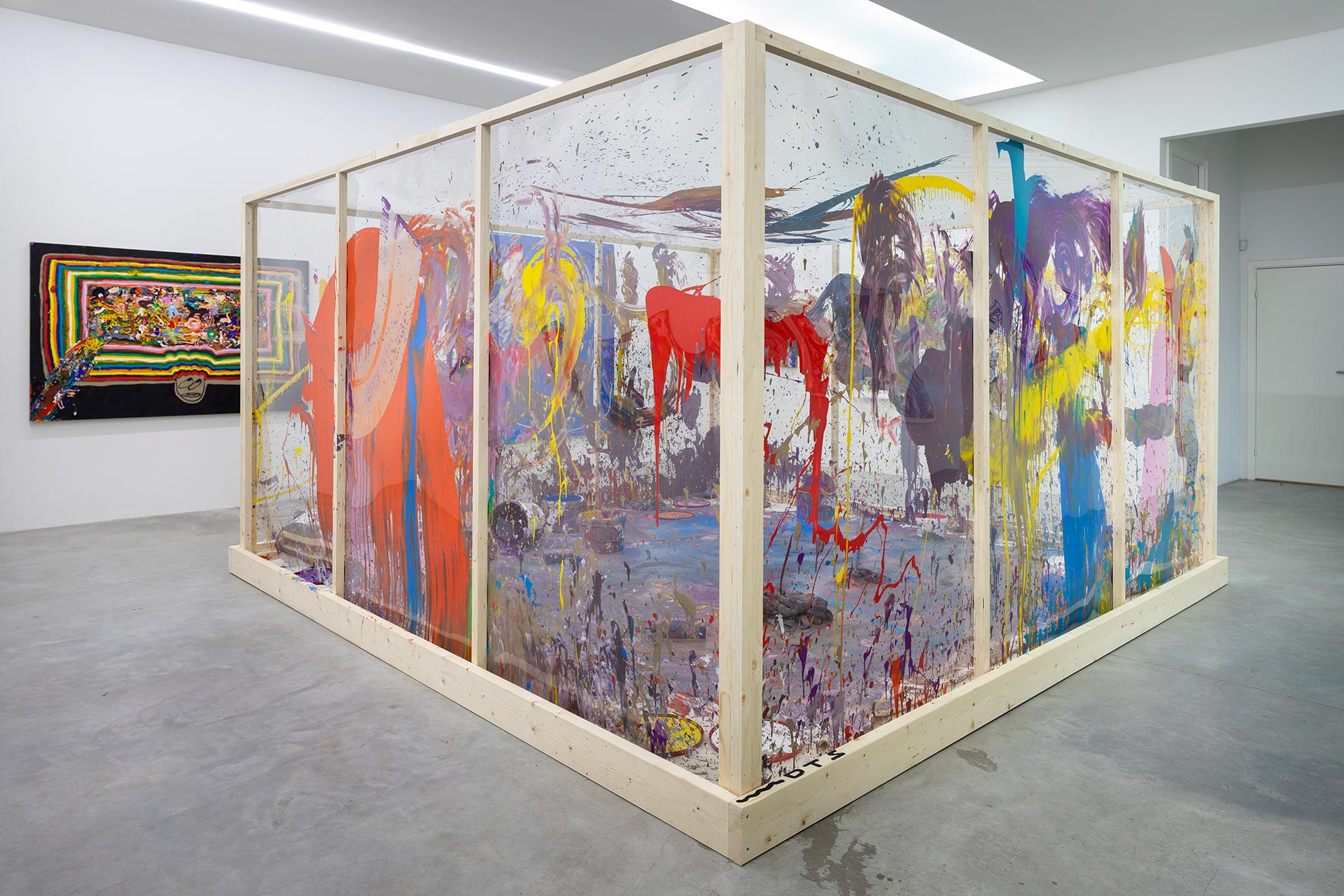 “I’m just a painter is a departure from one form of painting to another. I have always viewed my practice as being one of a “painter”; after ten years of acknowledging myself as such, I have come to find that I’m far from that. So why the title? The subject matter of this new series of paintings in this exhibition, accompanied by a live performance and a series of videos, is the repeating of a mistake, or the repeating of trying to break away and falling right back into what Iwas already immersed in. The paintings are, for the most part, self-portraits, which in turn felt like creating pop art – the notion of idealizing my self-image into a product. The video and the performance are me trying to break away from the two-dimensional immortalization that happens with portraiture. Literally putting my actual body into the work also works as a different type of sculpture; a more visceral and chaotic presentation, that also relates to pop art and the embracement of the mistake. A mistake of making pop art when trying to make straight paintings, something that I haven’t fully arrived at yet, but my off-course journey has led me on a far more interesting path to the heart of a painting practice that is truly performative, whether that be performance through paint, or paint being applied to cut pieces of paper and other objects and then set on top of a canvas”.
- Devin Troy Strother

"I felt the issue in those years was, what can a painter do? The problem of the subject became very clear to me as the crucial thing in painting, not the technique, not the plasticity, not the look, not surface. None of those things meant that much. Those things, I suppose, could find their way. But the issue for me, and I think it existed for a certain number of white men, what were we going to paint? I think the best distinction has been made by professor Meyer Shapiro who, talking about a subject in painting, has made the distinction between what he calls the object- and subject matter. For example people think that Cezanne’s subject is the apples, well it’s possible to argue that’s what it is. And for a long time I was very antagonistic to those apples. Because they were like super apples. They were like cannon balls. But he does talk about, Meyer, making the distinction between the subject of a work and the object in the work. I think that makes a remarkable distinction that should help people understand that even though, let’s say, my painting as it developed, did not have any of those objects, that it did not necessarily mean therefor that there was no subject there."
- Barnett Newman

”In the last 150 or 200 years, you can say that most of the art, most current art that's in the foreground of public attention, current art done by people under fifty, is not the art that will last. That's something to do with the history of taste in our times and the past century and a half. The fact that taste, when it comes to contemporaneous art, is so fallible, has sunk in. People try not to make the same mistakes as were made in the past, but it's no use. You go on making the same mistakes again and again. You say, "I'm not going to miss the next Cézanne" or "I'm not going to miss the next Pollock," and then you go looking for the equivalent thing in the next Pollock or the next Cézanne and you make the same mistake all over again, because the equivalent thing always comes up in a surprising way. It always crosses you up. Just as very little is learned from history, so very little is learned from art history. So the same mistakes go on being made, but, of course, with certain differences.”
- Clement Greenberg

”I think more and more our culture is dominated by these temporary transactions that have no real spiritual substance. To that extent, the artists of the New York School were practically Franciscans by comparison. Pop art is an important phenomenon, but it's a phenomenon that belongs to the history of taste more than to the history of art, I think. It was a release for a lot of people from the rather puritanical restraints of modernism that the New York School abided by so strictly. The whole abstract aesthetic of the New York School was full of "thou shalt nots." It imposed a kind of abstinence on the whole visual vocabulary of painting, and Pop came along and said to a lot of people for whom the whole modern aesthetic is just too difficult and too devoid of fun, it said to all these people, anything goes. It released them from a certain kind of seriousness, a certain kind of solemnity, but I think, as an artistic statement, as an artistic vision, it's totally facetious.”
- Hilton Kramer

I’m just a painter all i have is paint and maybe a lil bit of hope is Devin Troy Strother’s (born 1986, West Covina, USA) second solo exhibition with the Eighteen / V1 Gallery family. The exhibition unfolds in a variety of media; painting, works on paper, video and performance. Strother has recently held solo exhibitions with Over The Influence, Hong Kong, Marlborough Contemporary, New York, and Ruttkowski, Cologne. Strother currently lives and works in Los Angeles and also runs Coloured Publishing, a small independent press, with designer Yuri Ogita. 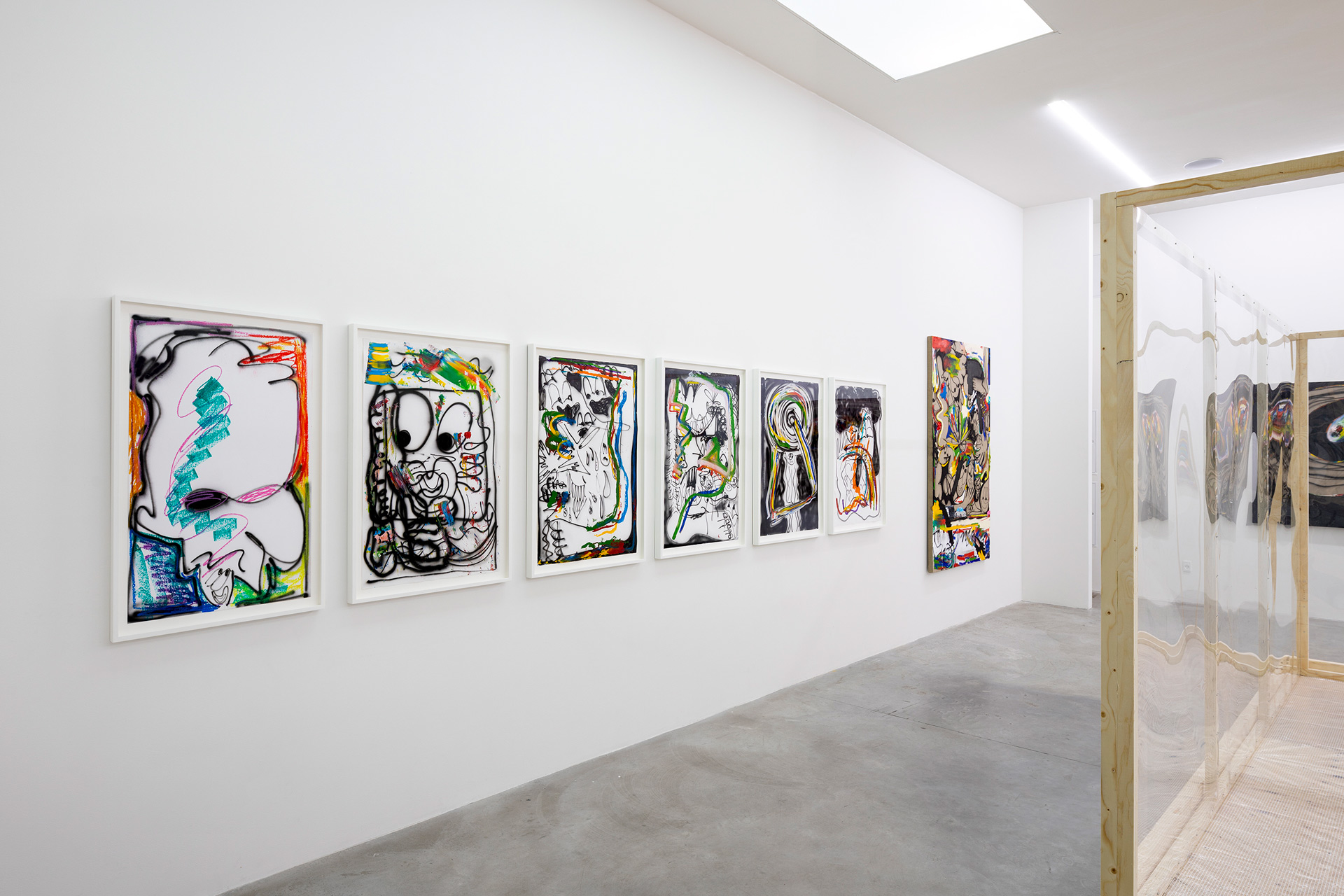 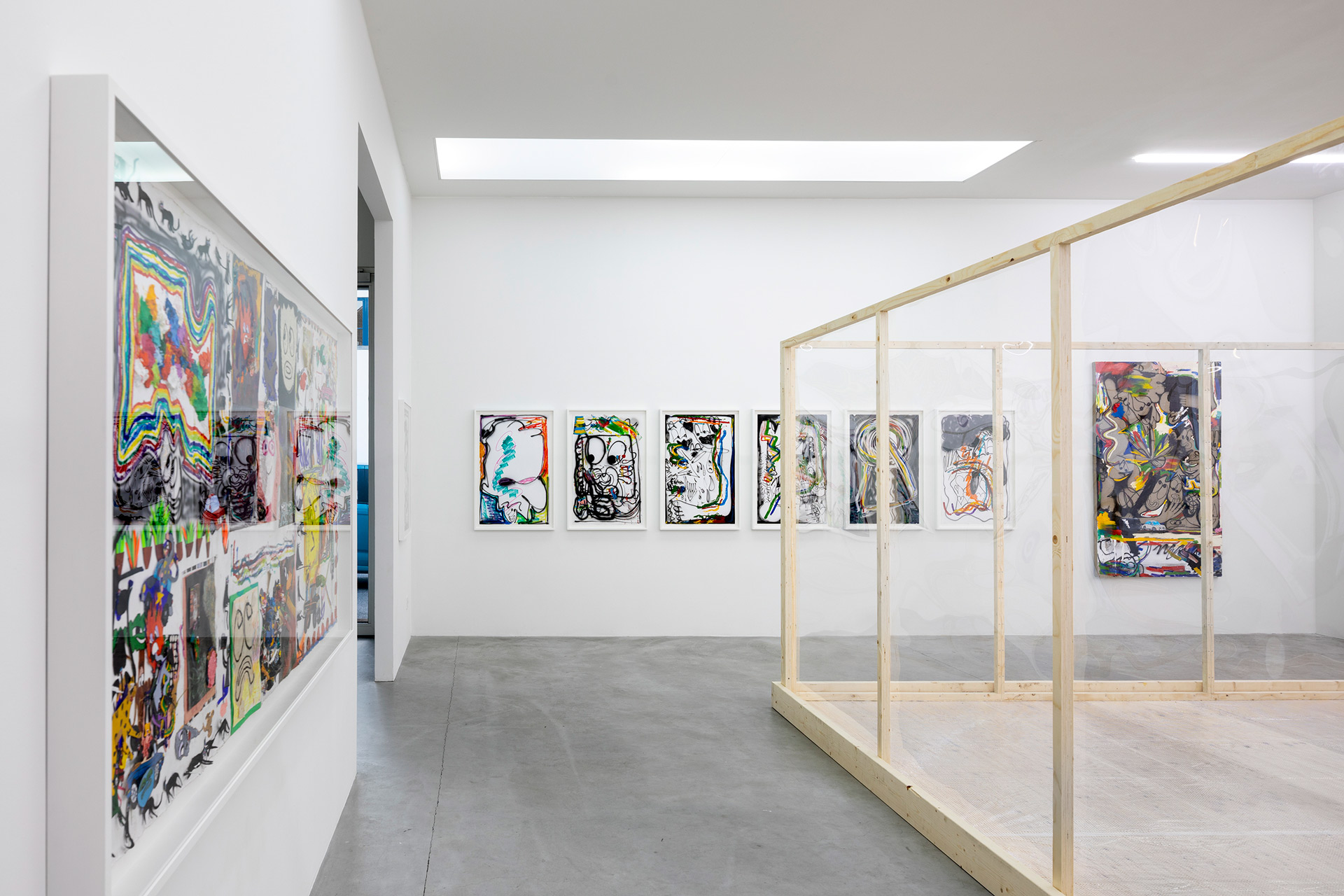 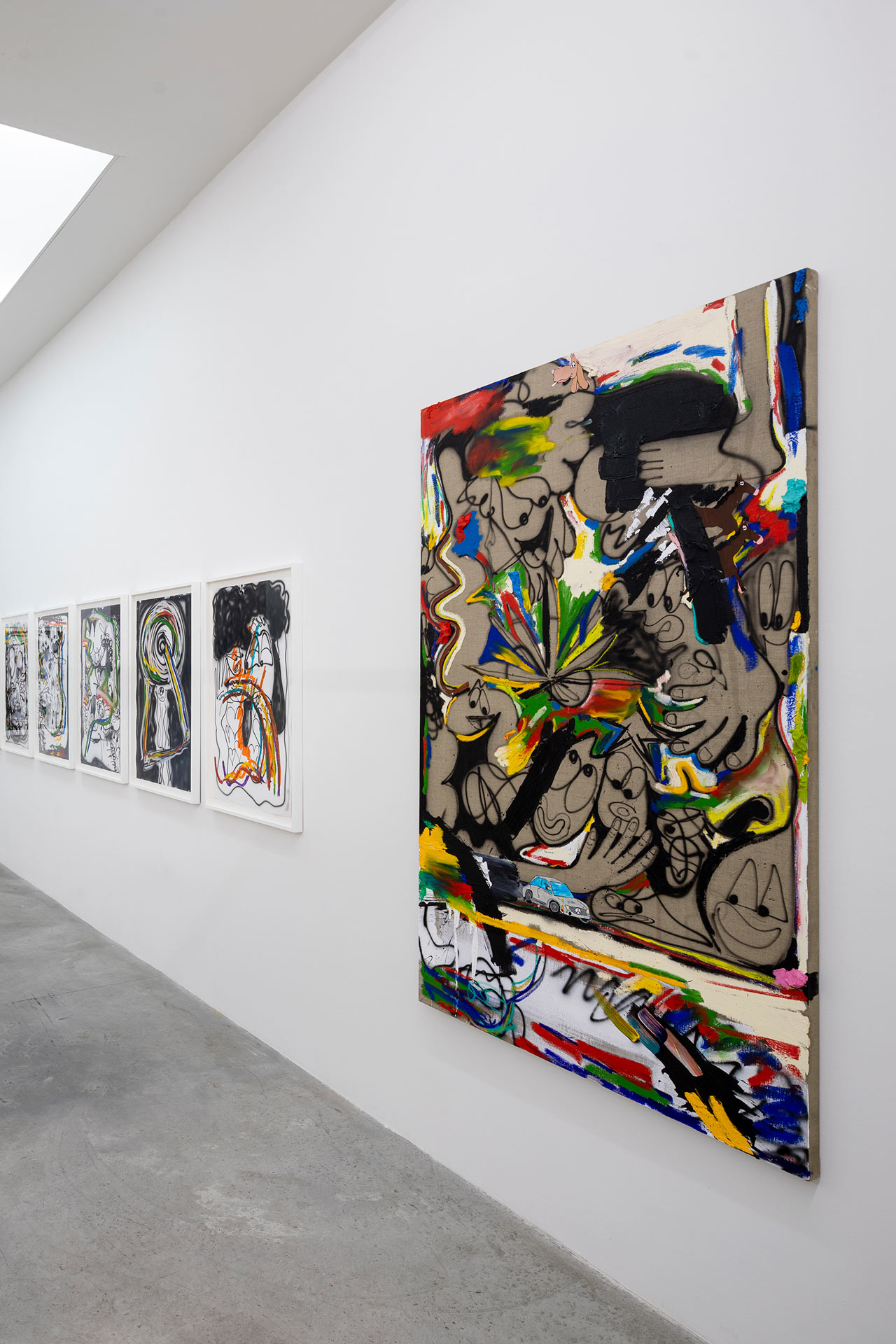 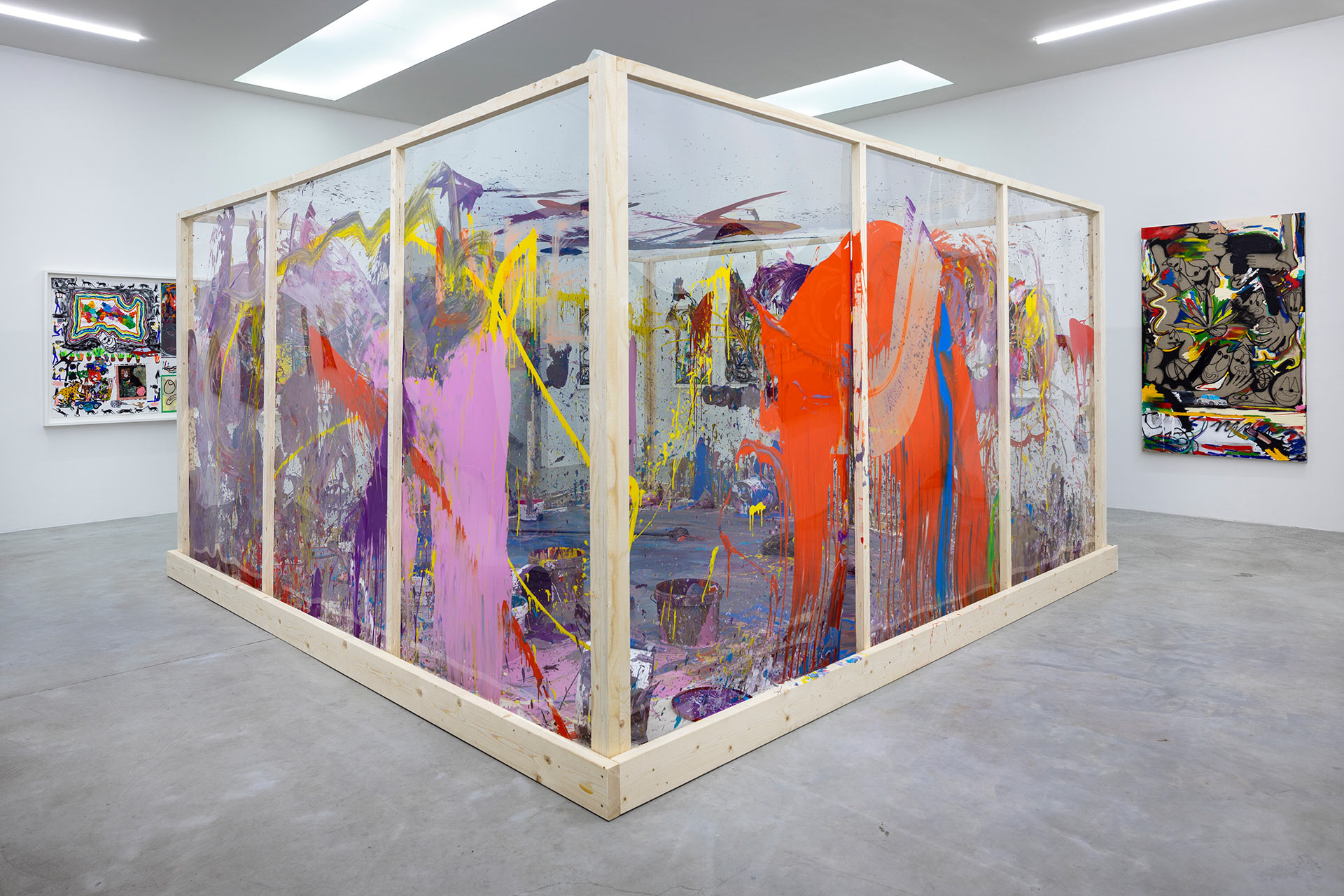 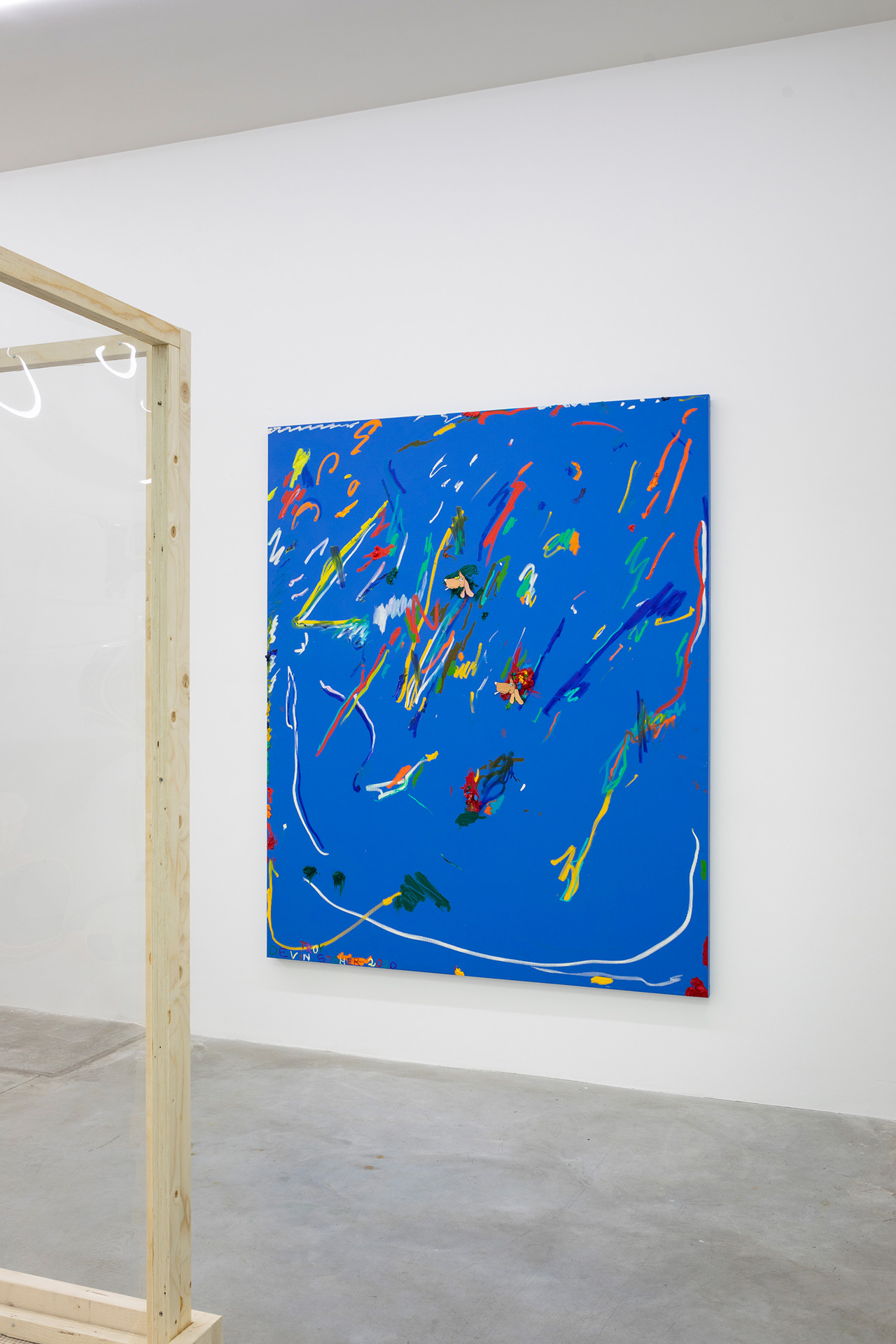 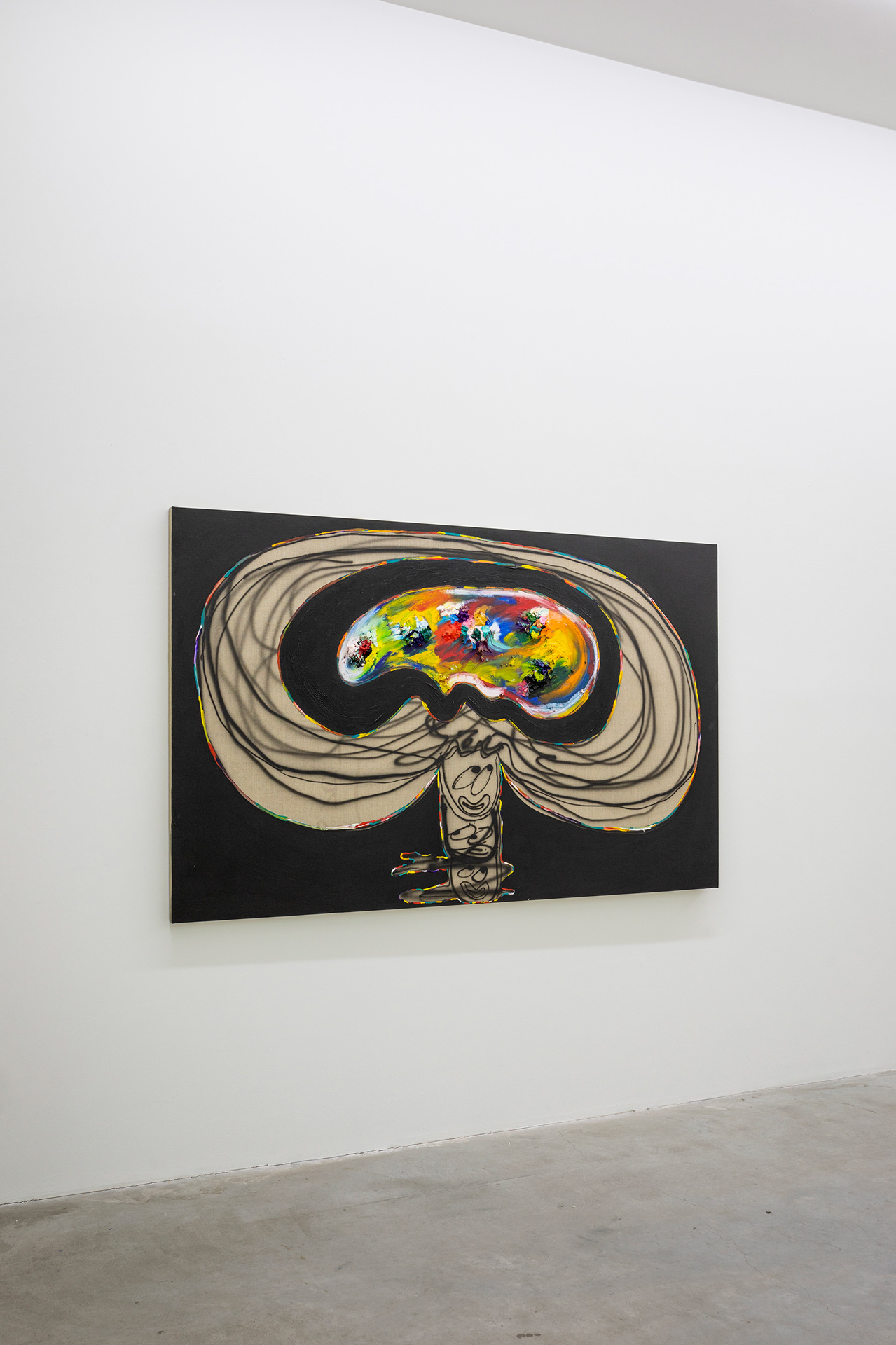