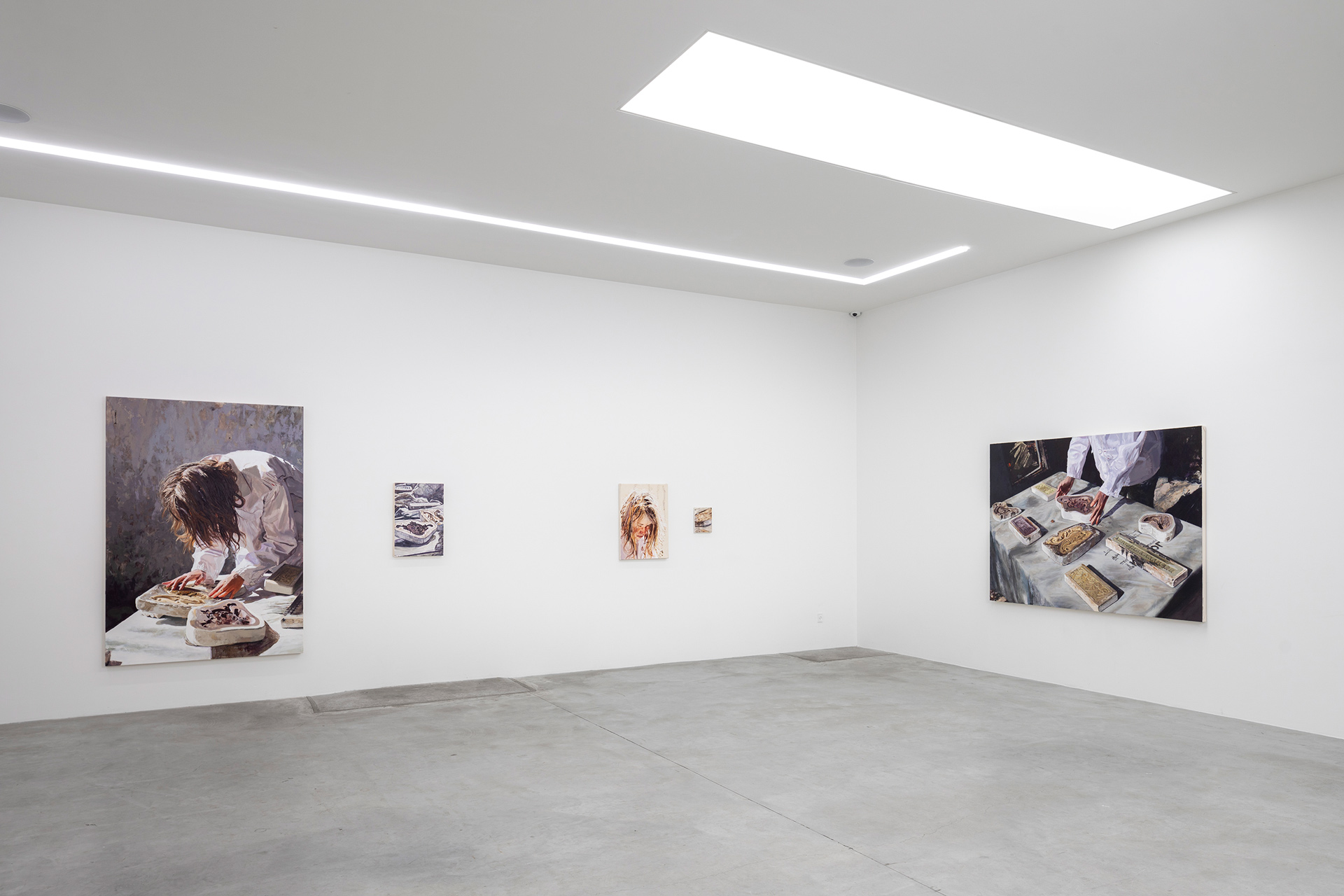 13 paintings all titled Consequence, with one subtitle each; Celestial Navigation, Of Dealing, Brick from The Past, Exhaust, Of a Touch, Fossil, Of a Moment, Ghost, Footprint, Game,
Reef Knot, Underwater and Deserter.

Stones, pressing, forming.
Fossils of our culture, of our time.

The remnants of culture, the masks of prosperity and our empire’s footprints unveiled.

The pastry chef reads, interprets, feels, shapes like a dough, moulds into them. She digs them out, tenderly brushes them off, organizes. Fills them with purpose, gives them spirit - lets them shape her into what they are, to understand them - to be the cake of stone.

It’s about adaption, adapting to one’s environment via the tough forms which have thousands of years on their shoulders.

Adapting as a form to survive.

The archaeological excavation of the world, or the symbols of the world, which hold the values of power, history and decision-making - in the hands of a pastry chef, one in the lead who knows what power lies in the work in the hand - and the meaning of being the last chef on earth – you are history and what you bake is bread for the hungry ancient.

In her practice Sara-Vide Ericson, Swedish, born 1983, re-enacts thoughts, experiences, fantasies, desires and dreams. Ericson begins by selecting a location to perform, in solitude, an action or a composition, to feel the icy waters, the moss under her feet, the sensation of cold ceramics against her chest, the smell of pine, and the texture of granite on skin. Then she revisits the place to photograph it, often with her sister as her intermediary in the composition. Staged and dressed like a doppelgänger of Ericson, her sister is and isn’t her. The artist uses these photographs of the performed compositions and her sensory memories as the foundation for her paintings. Thus, blurring the lines between reality and fiction, Ericson lets us step into her being.

Sara-Vide Ericson’s works are vessels that carry meaning from beyond the canvas. Something ancient, something wild, something you can’t quite quantify. They challenge our perception of real, fiction, authorship, emotions and notion of existence. An awakening call from the wild. 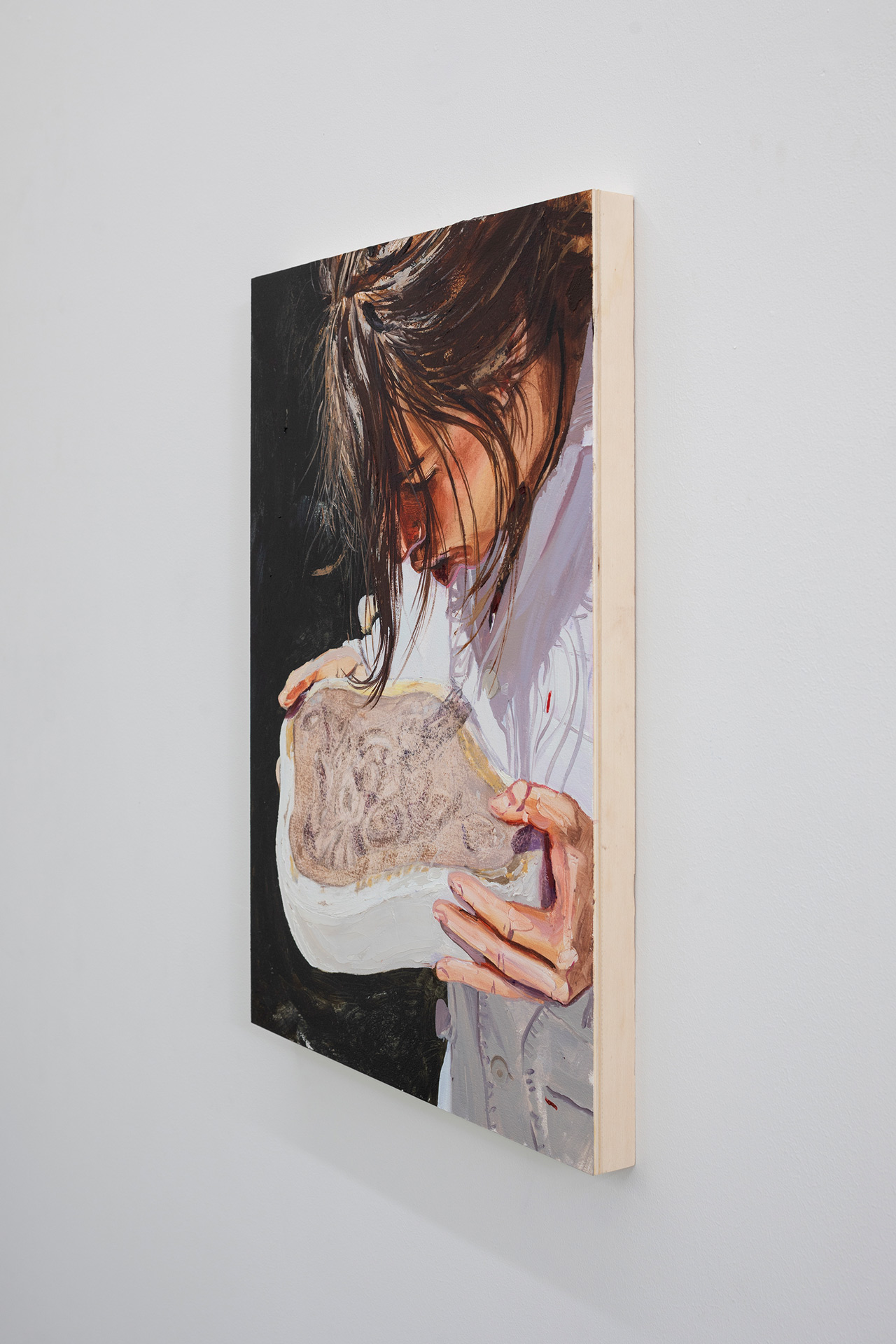 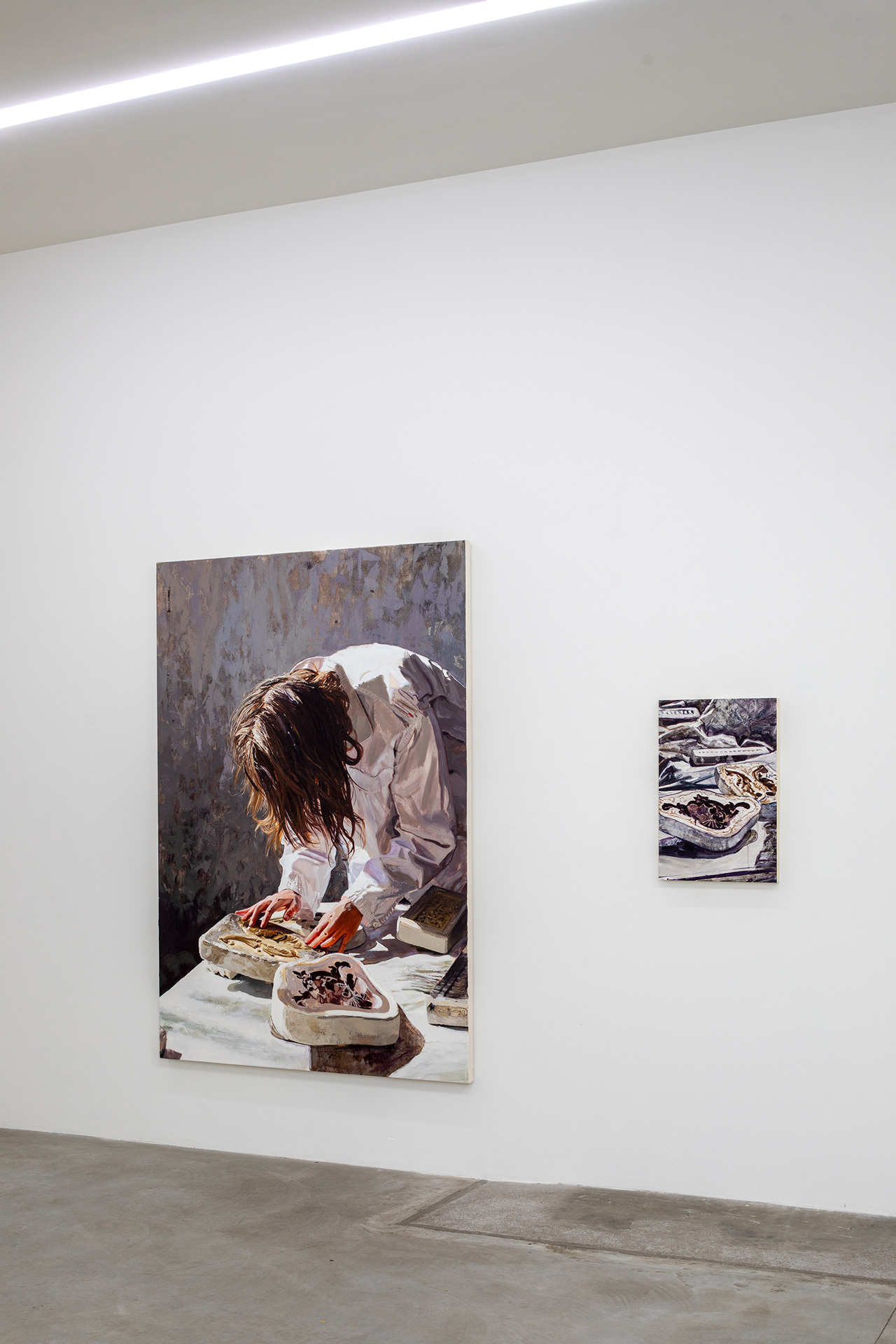 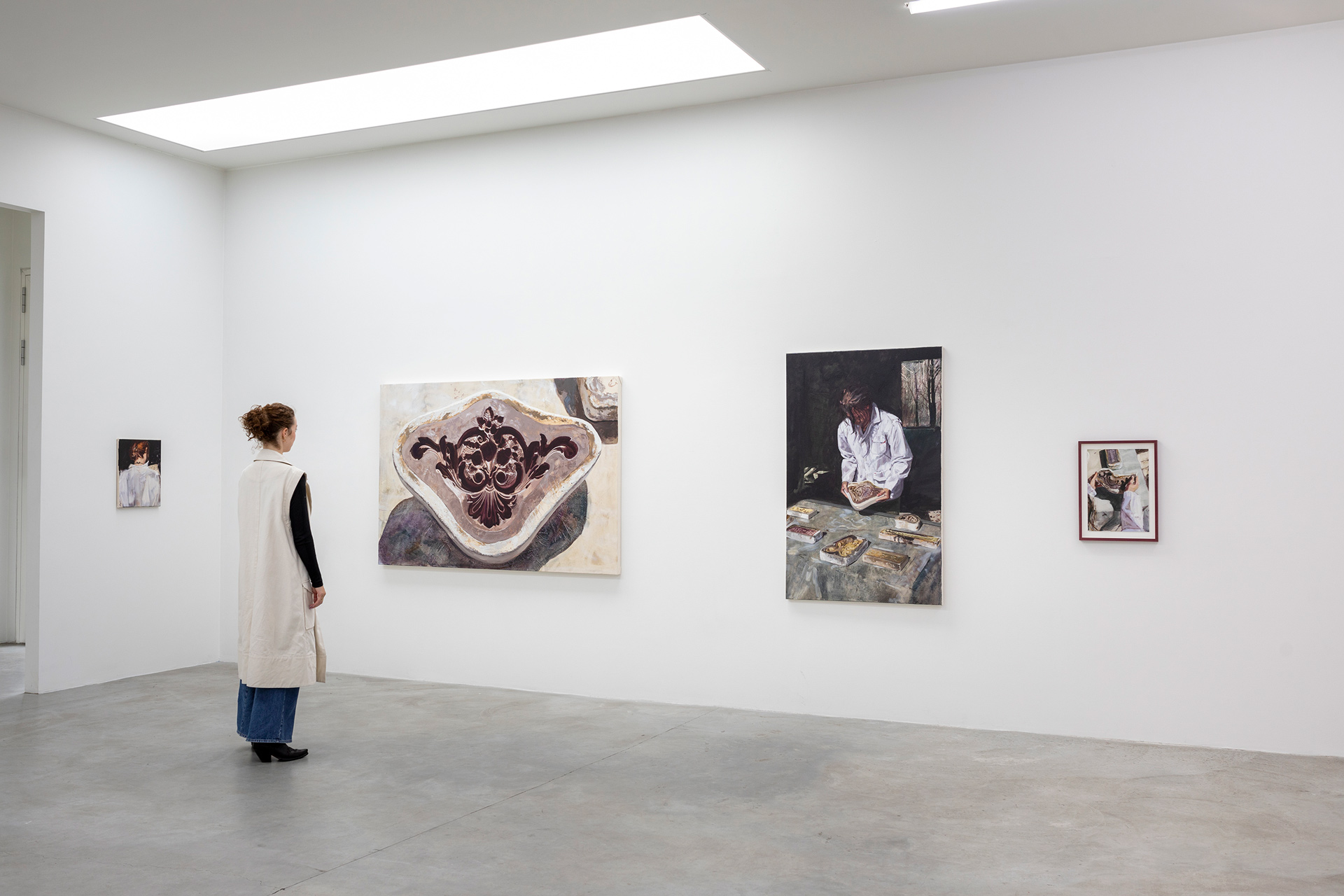 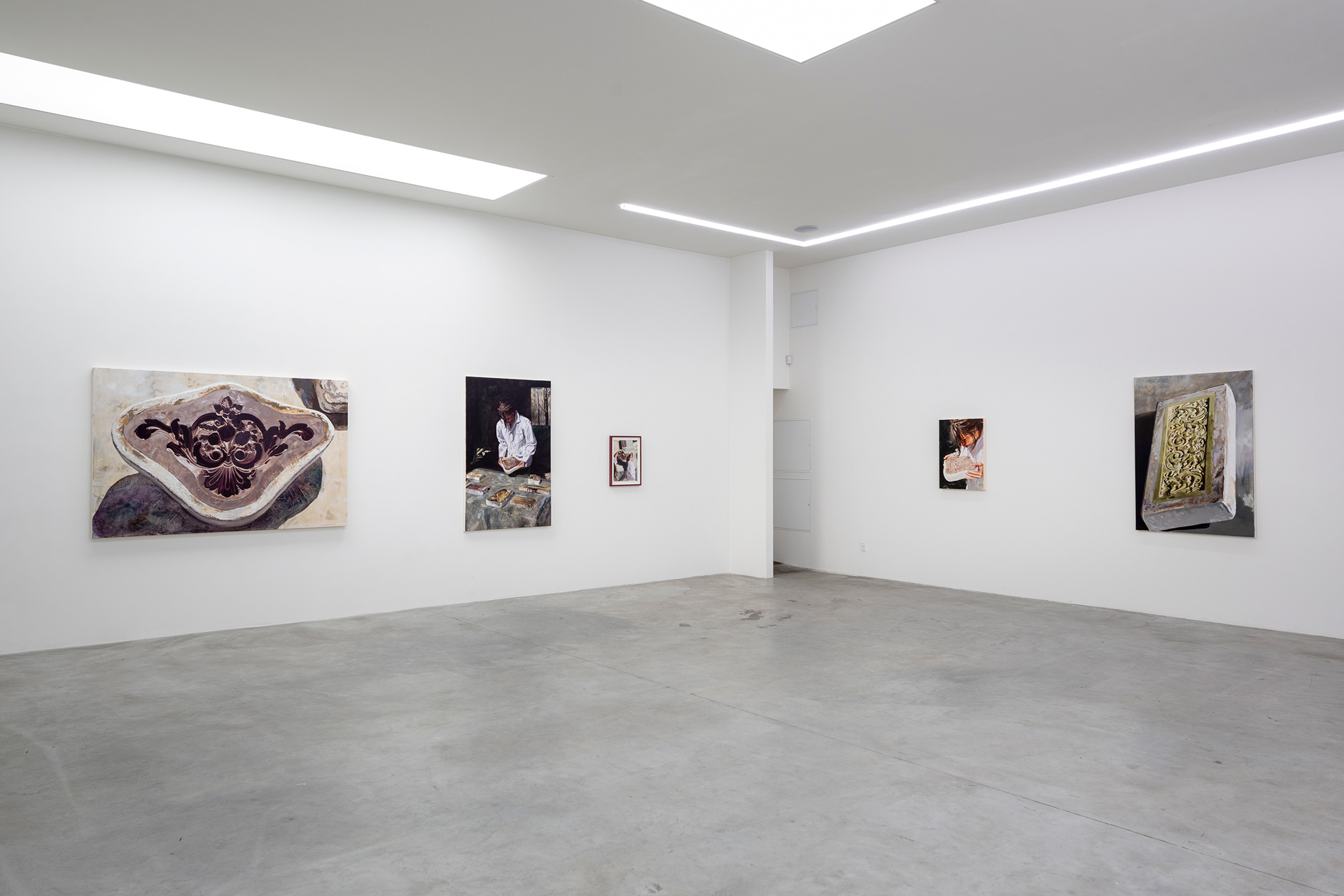 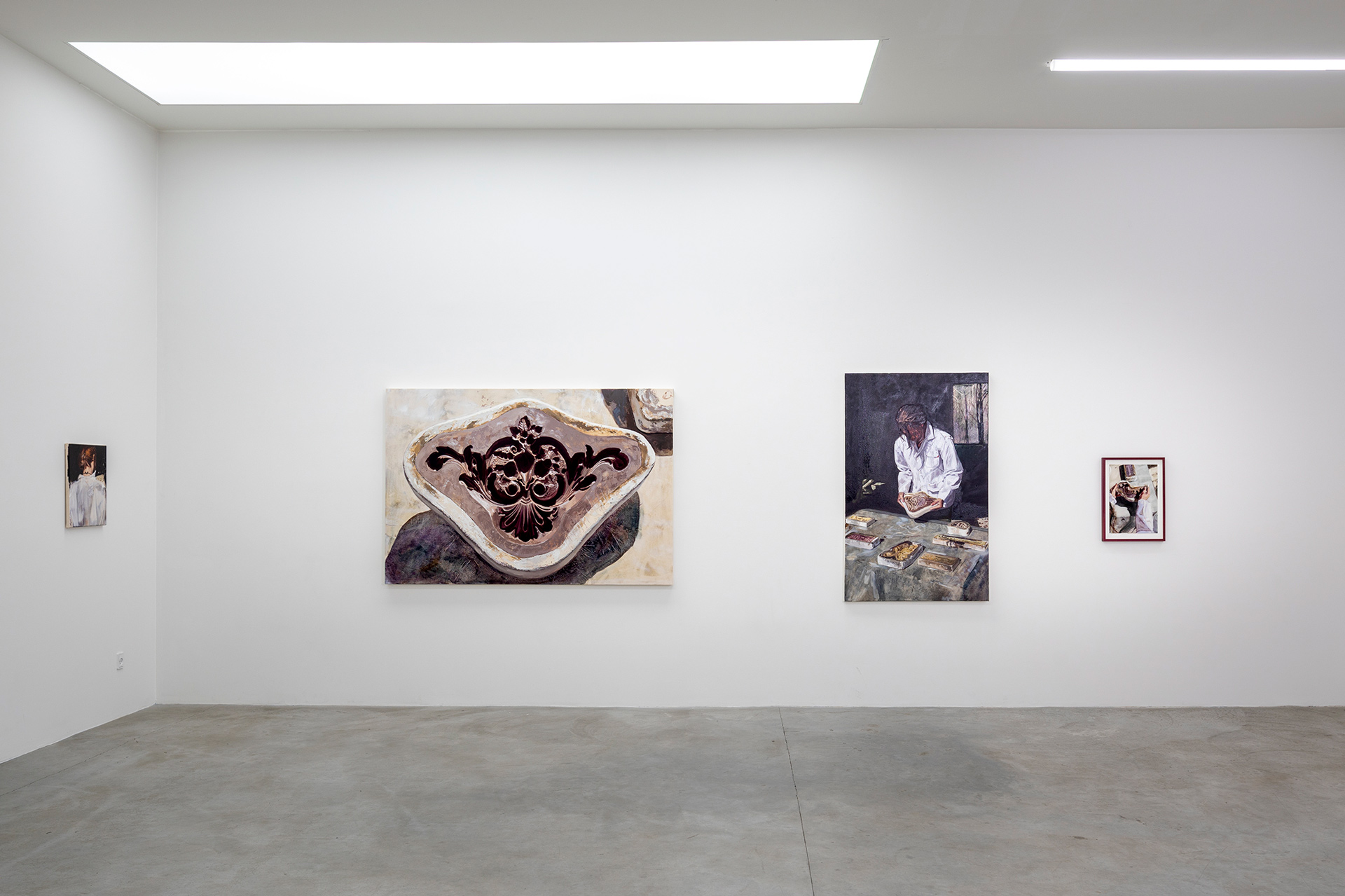 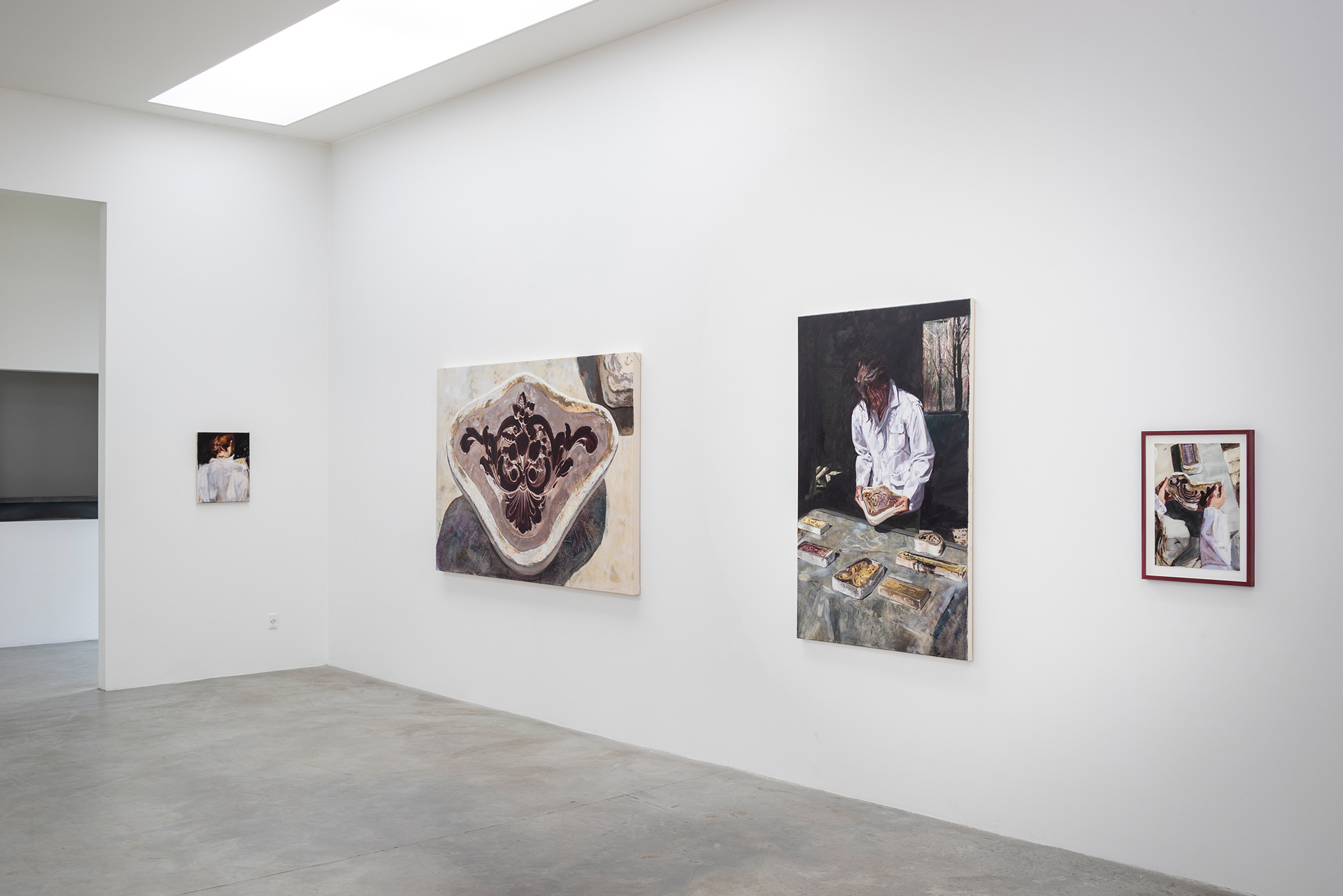 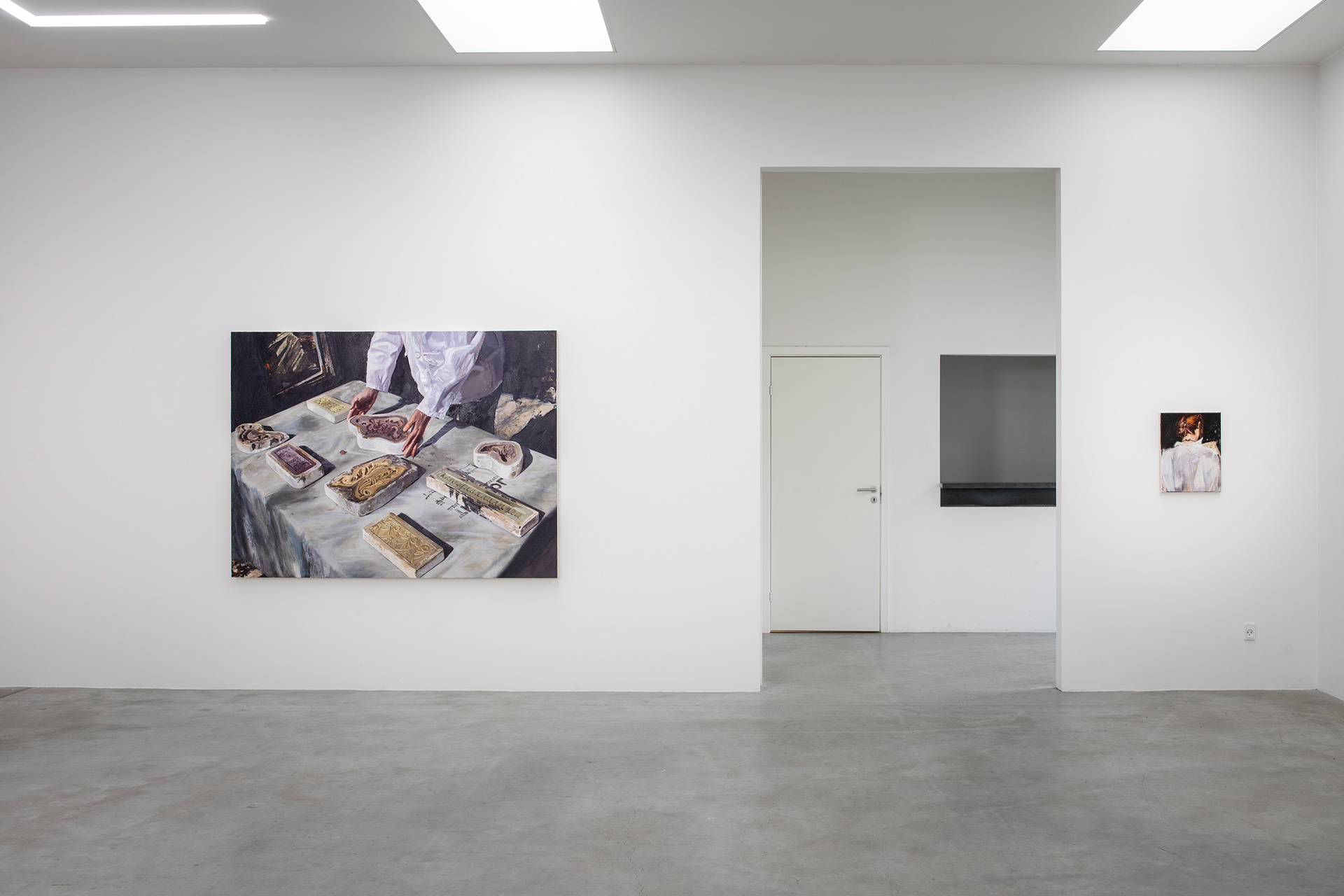 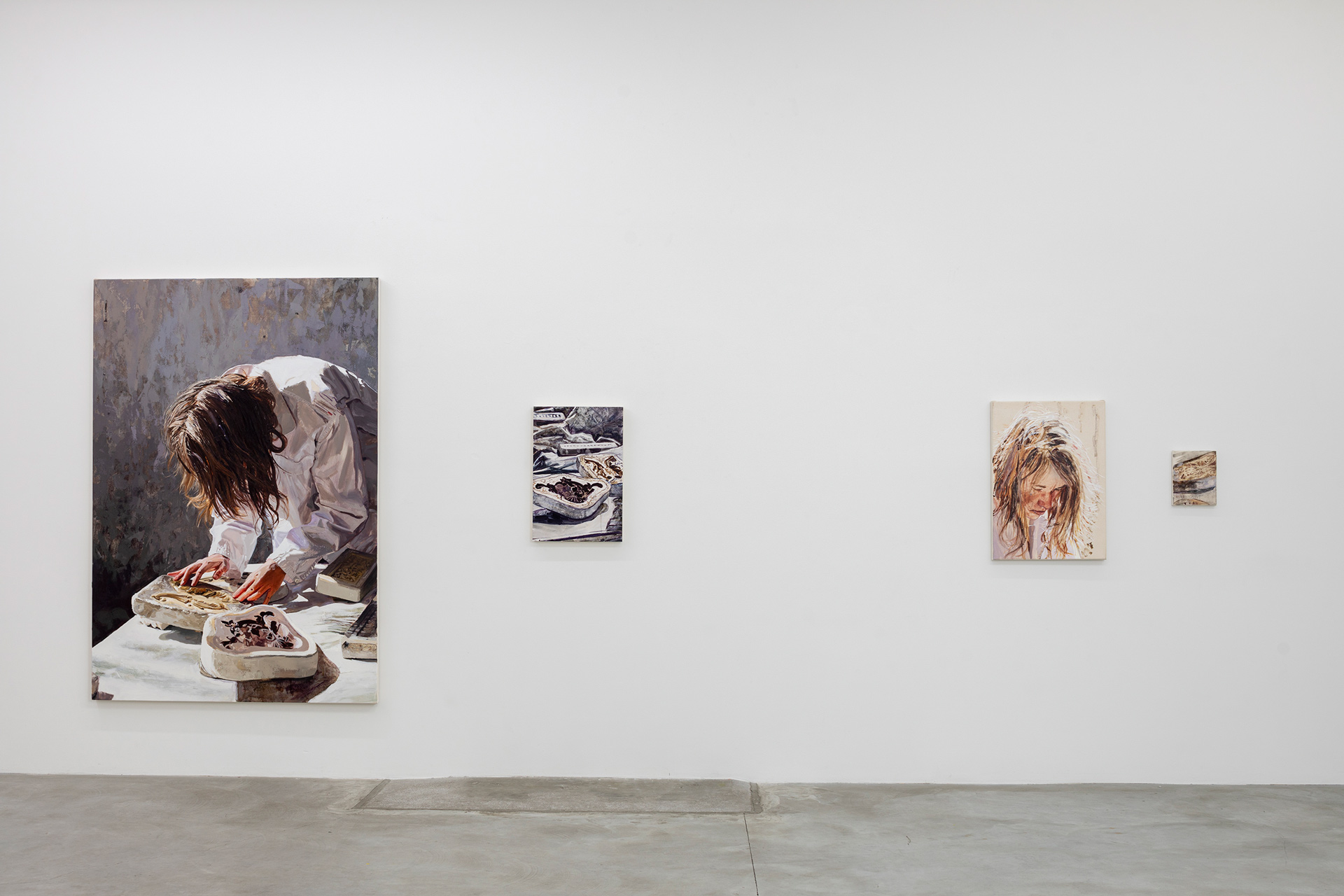 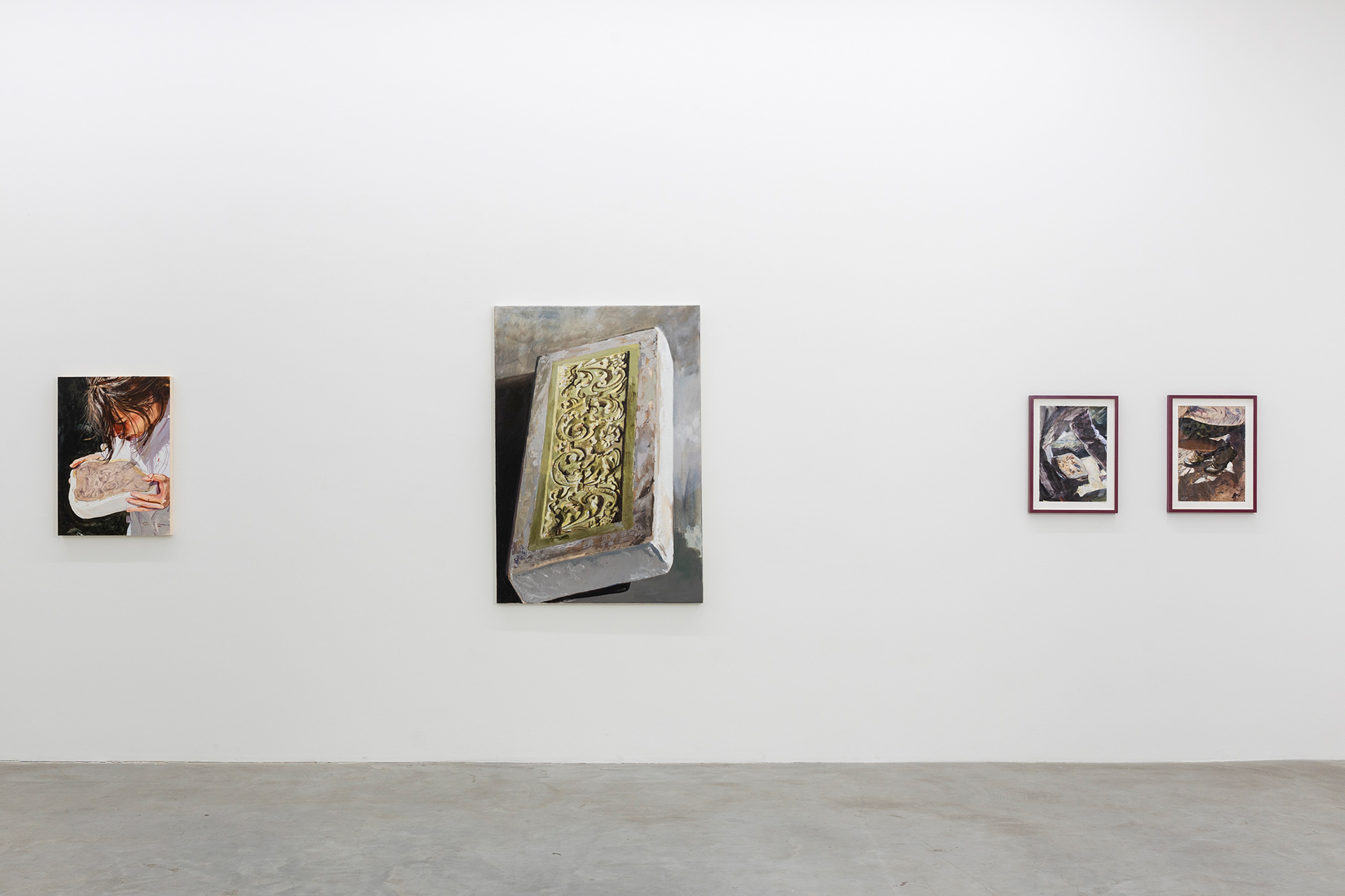 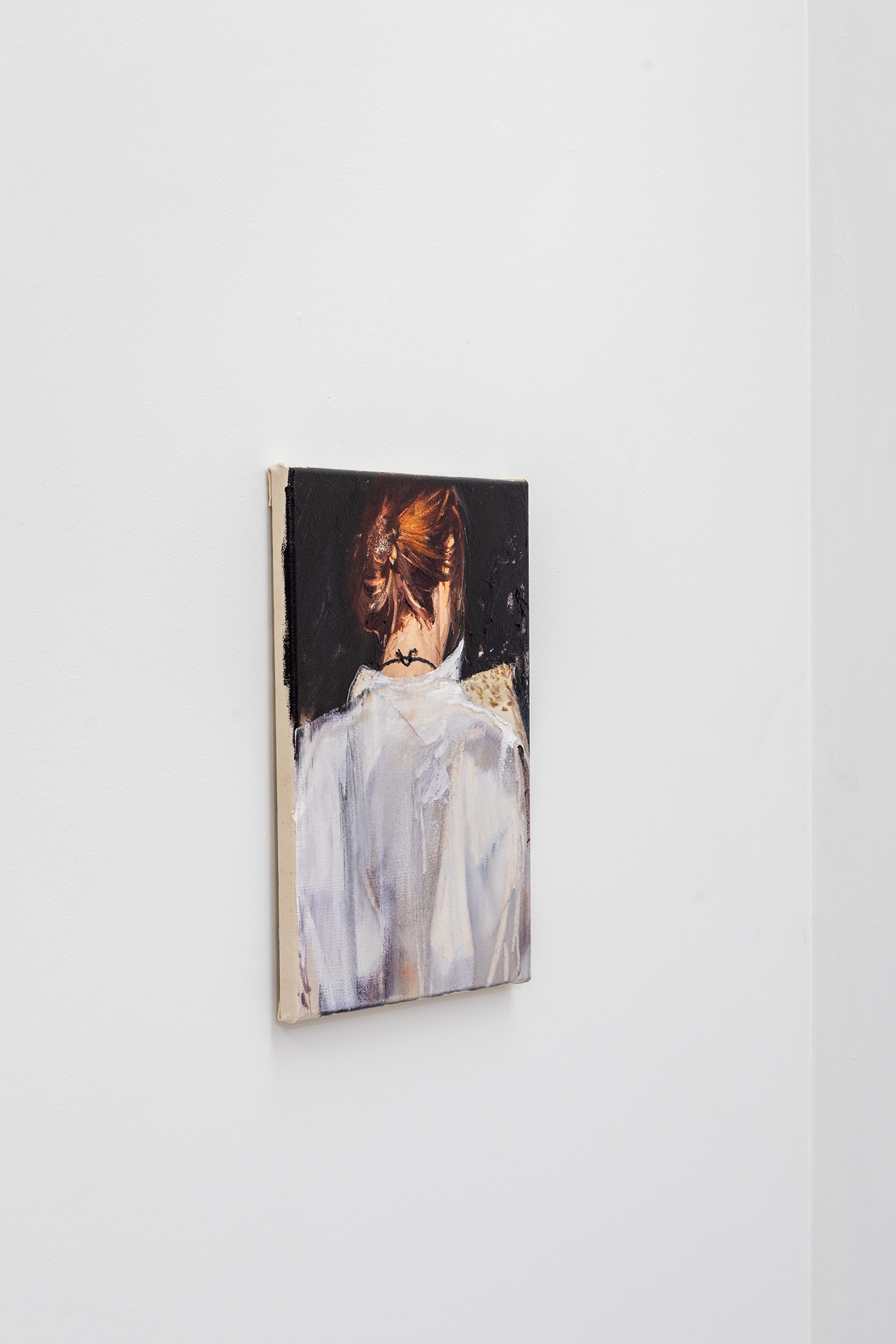 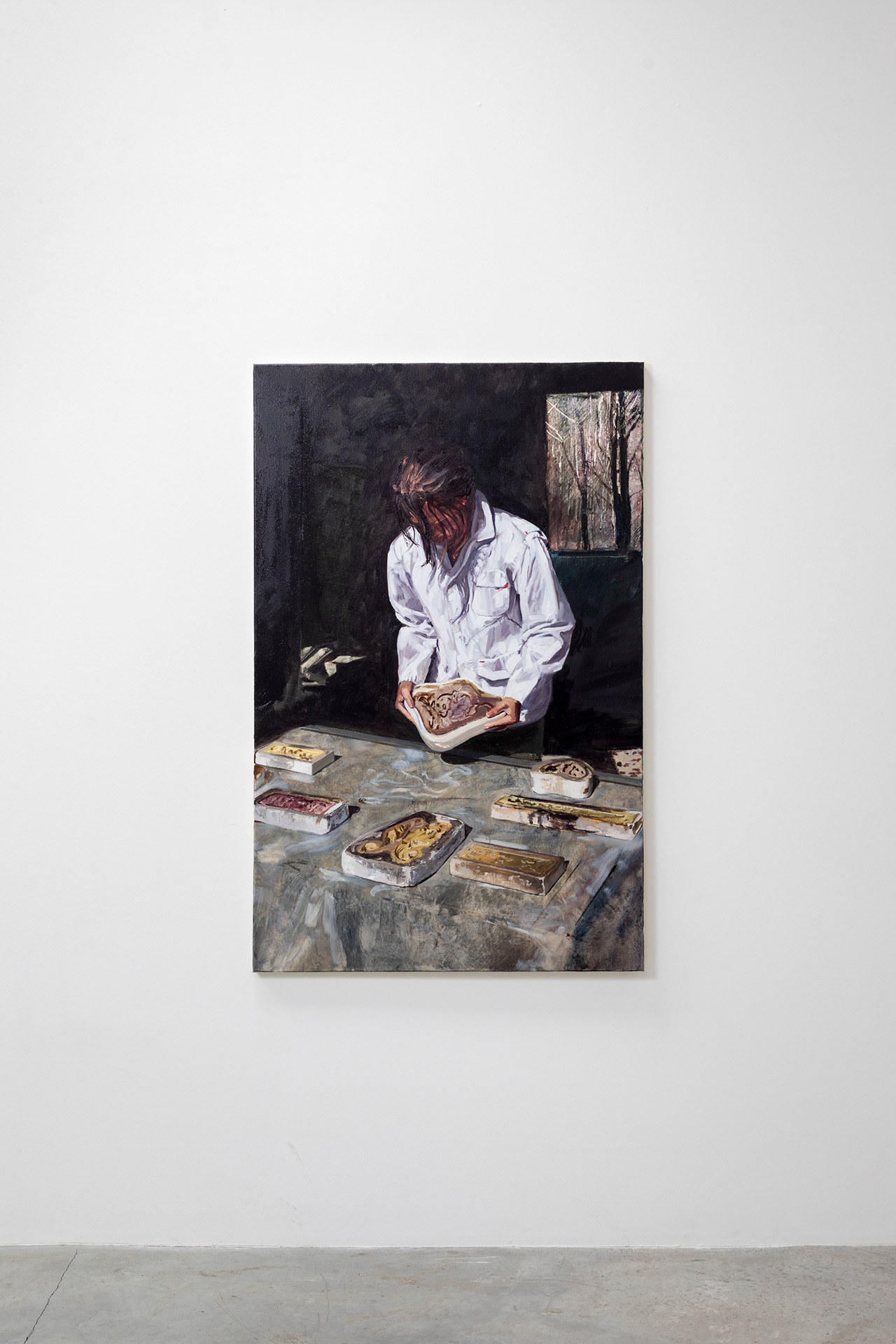