Five large elaborate iconic tableaus arranged in the gallery in a chamber-like constellation set the stage for Troels Carlsen’s solo exhibition Reverie. The five works (each 225 x 160 cm, acrylic paint on collaged vintage archival material) function as portals to Carlsen’s vivid neo-surrealist universe where humans, animals and vegetation grow and flow in and out of each other in an elaborate organic cycle. Two majestic cassowary birds extend fluidly into banana peels that naturally attach to the limbs of two naked women. A leopard head and a human skull fuse with a beautiful bird that flows into lush vegetation. This all transpires with grace and a meticulous meditative rhythm in the work Guardians of Selfhood, 2019. Two snarling lion heads extend from the sculptural body of a male, his muscles laid bare, human anatomy merging with animal flesh, an internal Herculean struggle in the weightless composition Cambridge Party Animal, 2019. Is he becoming animal? One arm is already a large gracious blue feather, the other seems to transform before our eyes while five animal tongues and three butterflies float around the nexus of the drama. A strange and arresting mythological assemblage. In the exhibition, Carlsen balances the monumental with the intimate, originality with archetype, and biology with mystery.

His visual atlas defies standard classification, it is beyond dream and too intentional to be deemed surrealist. The work is a product of Carlsen’s wildfire imagination, trained and pushed to the limit and beyond, akin to a professional athlete training for the Olympics, he has exercised his imagination to a unique plane. His work resonates with ancient art from Greece, Rome and Egypt, old masters and contemporary compositions. It is radical and intuitive, you connect and respond with emotion before your learned brain turns on. Similar to the response many us experience momentarily in nature. The brief awe of existence from the banal beauty of the sunset, the mountain covered in clouds, the mossy forest floor, the flight formation of birds, and the deer that stares back at us. Carlsen has developed a rarefied visual vocabulary that engages at a positive primitive level. In Reverie he lets it sing, you feel connected - the universe, both physical and metaphysical, feels wild and free, full of wonder and unexplored potential. As if in the realm of original artistic creation, there is some hope for both humanity and the planet. 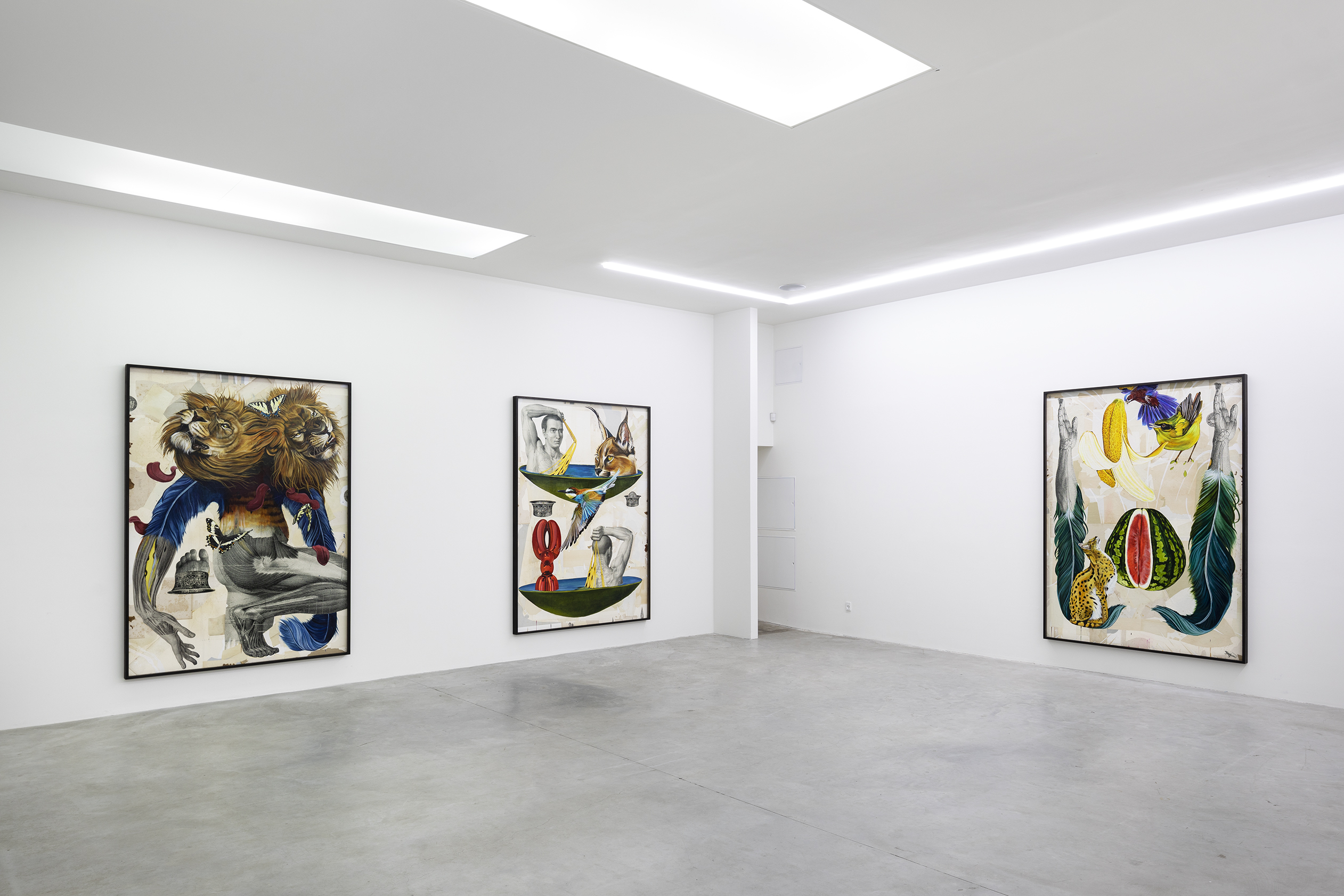