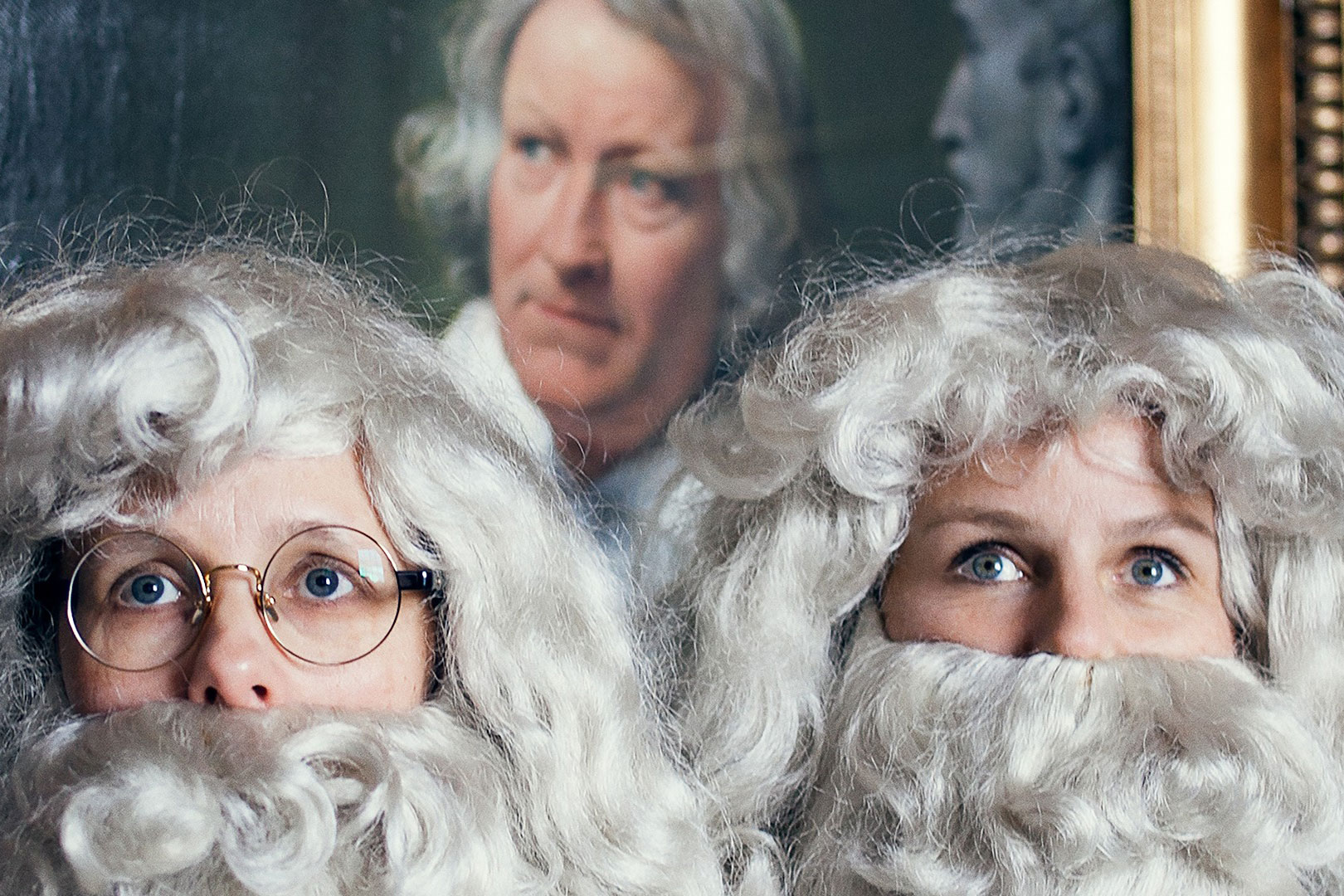 If you are in Copenhagen, please join us for the opening of THIS MOMENT is the BEGINNING at Thorvaldsens Museum Friday, February 8. The opening will commence with a performance by Hesselholdt & Mejlvang.

Freedom, equality and the multicultural are among the themes in this new total installation, which re-actualizes Bertel Thorvaldsen and his contemporary political opinions. This was a time when revolutionary ideas flourished, and the social classes were shaken.

Busts covered by white sheets. Artists with full beard. Christ watching over breathing carpets. These are just some of the works you will be able to experience in Hesselholdt &amp; Mejlvang’s new exhibition THIS MOMENT is the BEGINNING at Thorvaldsens Museum. At the opening Hesselholdt &amp; Mejlvang will place a white flag on the roof of Thorvaldsens Museum. The performance titled Flag of Truce is rooted in another “action” that took place in December 1841, connected with the museum building’s topping-out ceremony. At that time, the Danish painter Bolette Puggaard performed a wordless protest against the monarchy, and for artistic freedom, by laying a wreath bearing the French tricolor on the museum’s roof. This was an especially daring act given the museum’s proximity to Christiansborg Palace, then a center of Denmark’s absolute monarchy. Whereas Puggaard’s action sought to draw attention to the revolutionary french ideas, Hesselholdt &amp; Mejlvang’s white flag seeks to lead the thoughts towards negotiation, reconciliation, surrender or truce.

The extensive exhibition is taking over the whole venue from the rooftop and the two stories of the museum to the central atrium.