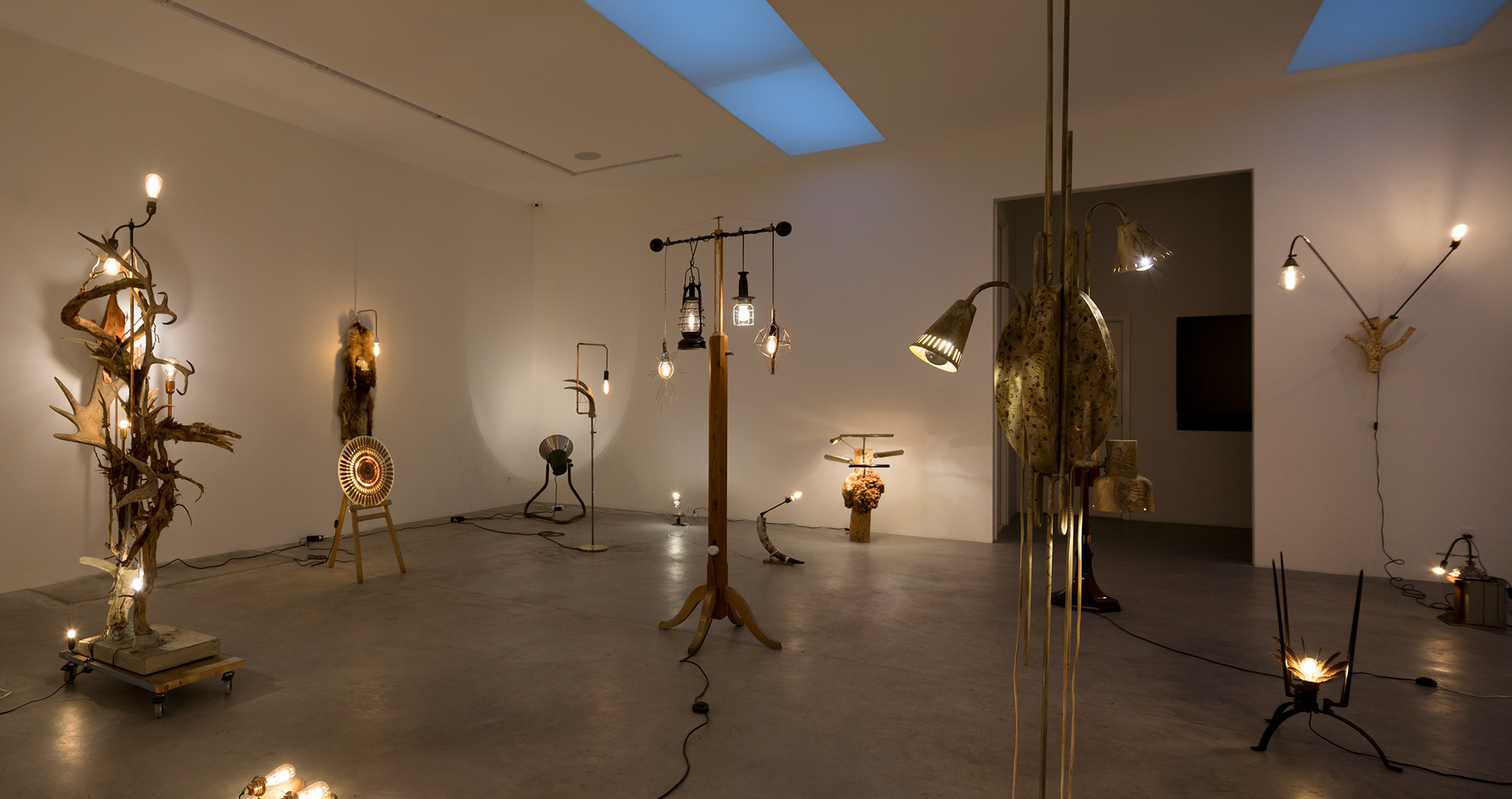 Light Traps, Bo Christian Larsson’s new body of work, consists of 24 sculptures that all incorporate electric light. The sculptures are composed with wood, antlers, fur, concrete, marble, steel, glass, seashells and various other materials. Many of the materials are salvaged or sourced from the woodlands surrounding Larsson’s home and studio in the north of Sweden. The sculptures vary in size: Creature stands tall as a man - a body of deer antlers, logs, branches, feathers, with a spine of brass and hooves in cement. Forrest Satellite a waist high spider-like creation with iron legs and a core of pine needles capsulated in cast plastic, sprouts a metal antenna that grows into a light disc.

The light traps appear both raw and crafted, simultaneously traditional and avant-garde. They have the magnetic lure of a bonfire and the narrative of a totem. Rich in history and tradition. The Light Traps are influenced by various epochs in the fields of design, art history, science and craftsmanship. Marcel Duchamp, Nikola Tesla, Joseph Beuys, assemblage, Dadaism, Arte Provera, folk art, punk and elements of mid-century design can all be traced in the linage of the new sculptures. The sculptures also have a strange tribal appeal, objects that defy logic and the contemporary, they have a ritualistic vein. Listening to the trees in a forest at night. The taste of sweat. Sharpening a knife. The smell of wood. An animal howl. An ancient thought, thought again. An air of the occult. The touch of an old artifact, holding hands with natural and human history. An object of culture meant to be shared through time. In Light Traps you sense a recognition and respect for the materials used and recycled. A thoughtful cosmic economy.

The intersection of the intellectual and the primal has always seemed to be at the heart of Bo Christian Larsson’s practice. A fascination for the untamed, uncultivated and wild, combined with the intention of harnessing the potential of this energy and sharing it, without causing harm or destruction. In Light Traps the two paths seem to coexist, they are not forcefully merged, they merely are, like a right hand and a left hand. Darkness and light. Larsson spent the better part of the last two years creating this immersive exhibition and it is a pleasure presenting his first exhibition in Eighteen. 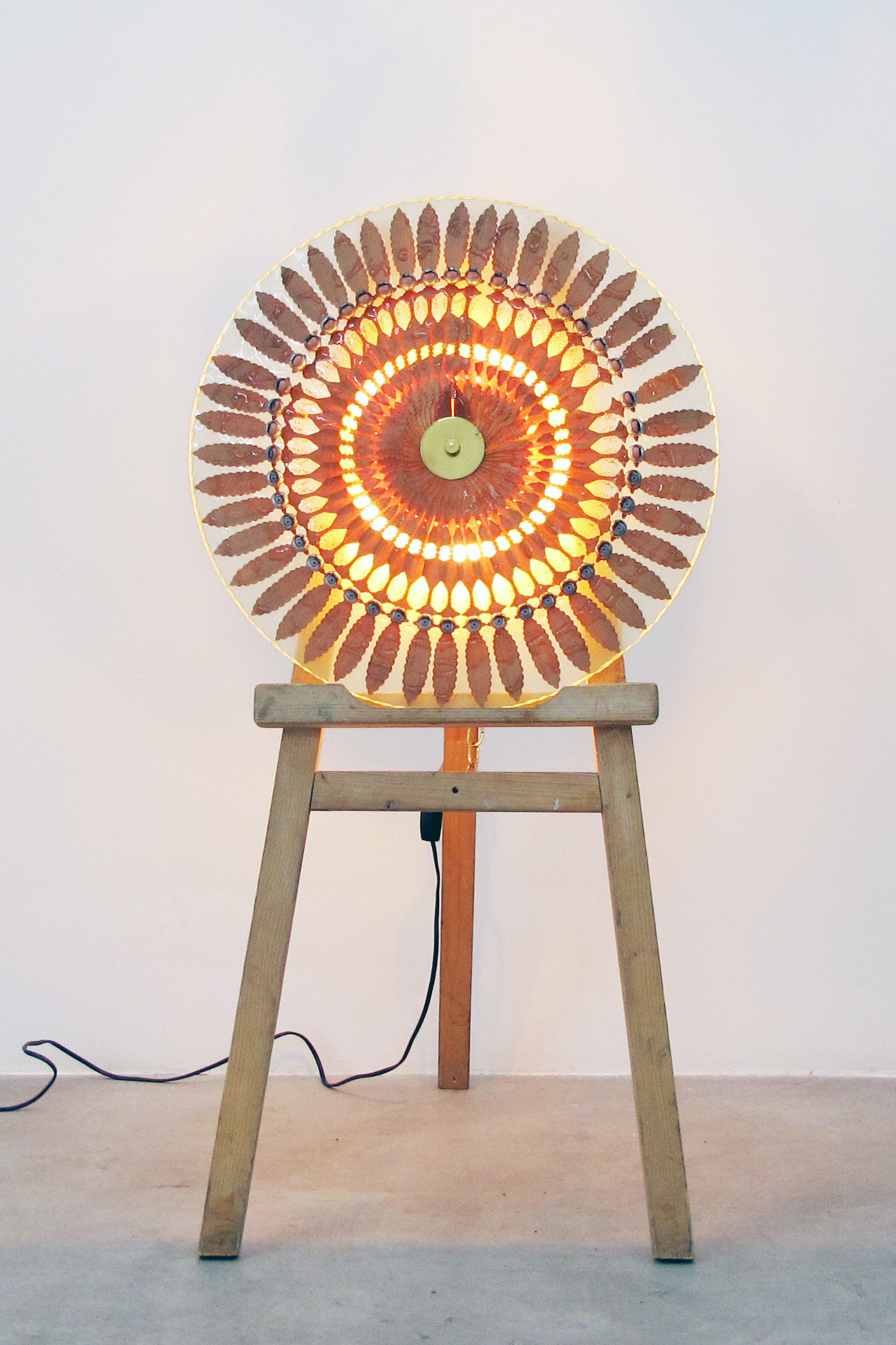 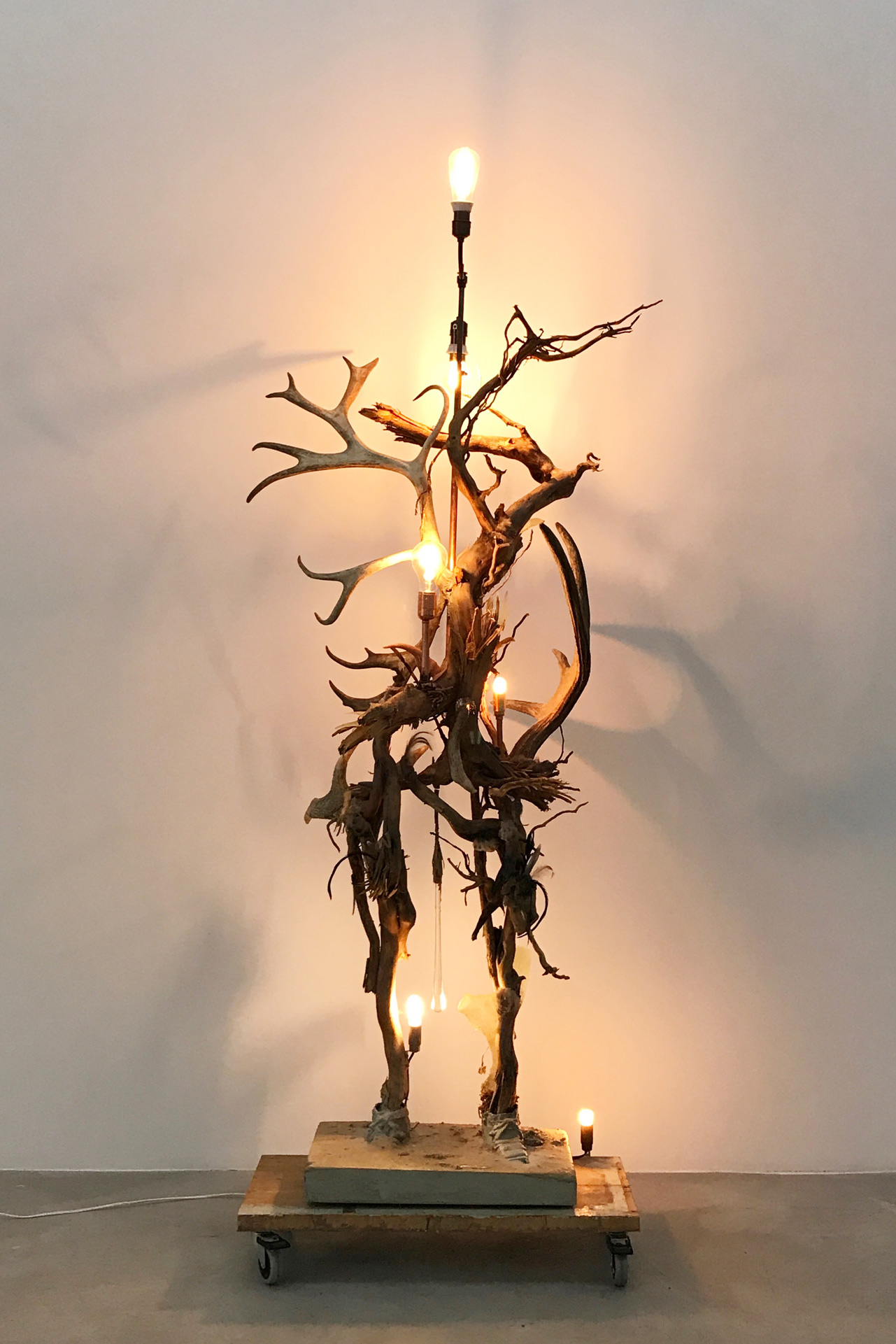