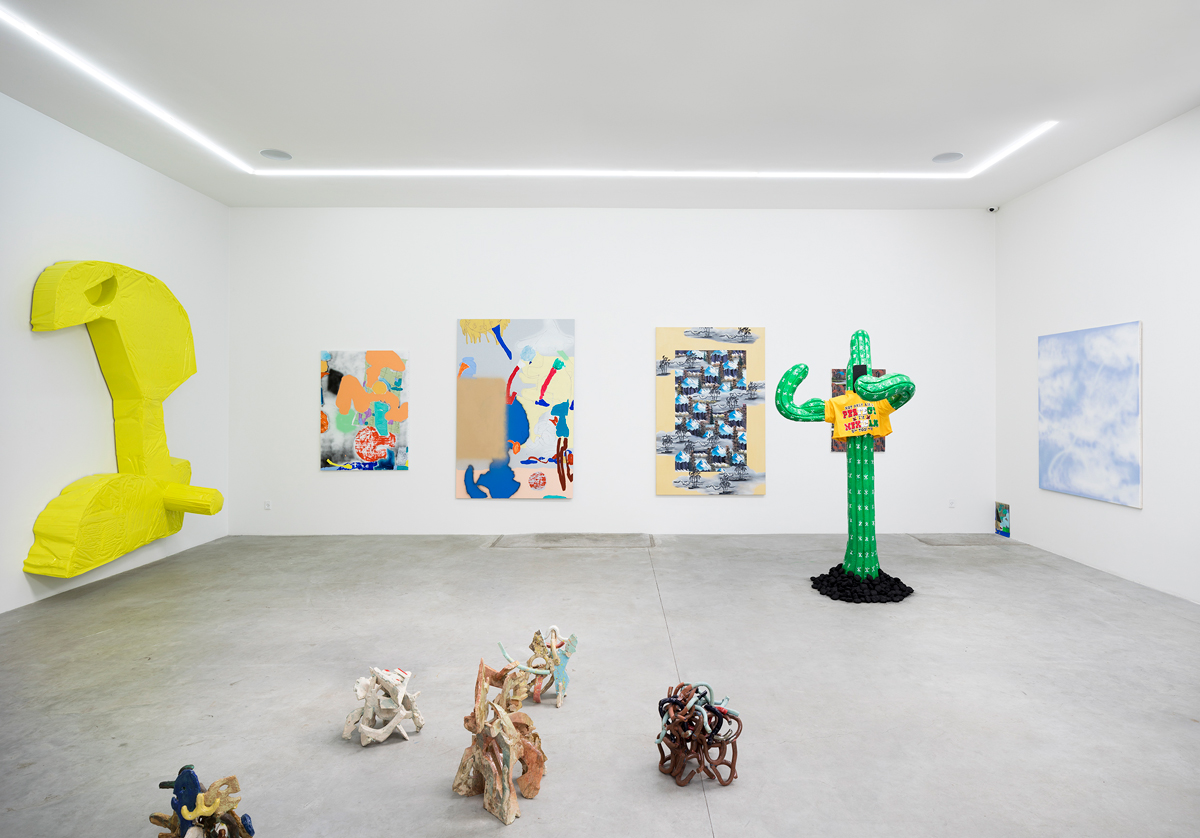 I do not know what brought me here
Away from where I’ve hardly ever been and now
Am never likely to go again.

Faces are lost, and places passed
At which I could have stopped,
And stopping, been glad enough.

Some faces left a mark,
And I on them might have wrought
Some kind of charm or spell
To make their futures work,

But it’s hard to guess
How one person on another
Works an influence.
We pass, and lit briefly by one another’s light
Hope the way we go is right.
– Brian Patten

A tale that plays with logic; Eighteen brings together a select group of international artists, focusing on the dynamism between slick digital renditions and the deftly handmade. Brought together by intrigue and admiration, there are hints of British sarcasm folded into every nook and cranny. Works overlap, react and intrude accordingly while still retaining their own charm and character. Fusing together a slapstick comedic value with a lyrical, poetic charm.

Mountains, cabins, cacti, a water fountain, elongated face, the sky… direct references to nature, the backdrop, forms that are irregular. All equally as seductive, alive & generous. Synthetic qualities remind us that this is not real life just a mere echo, a play that is kindly orchestrated into a whimsical coherence. A side step form the day to day Danish weather, entering into a fairytale scene. Forms are elongated, prolonged and heavily pronounced almost sadistically. There is a buoyancy, somehow. Works play on scale, clunky awkward shapes rest calmly, modest pictures float, the scene of a seance about to commence quizzically placed – brings the tone into dispute. The space, large white & dominant, laden with natural light imbues this play allowing the small works to become intimate and the large works become somewhat ordinary.
– Jon Pilkington, curator