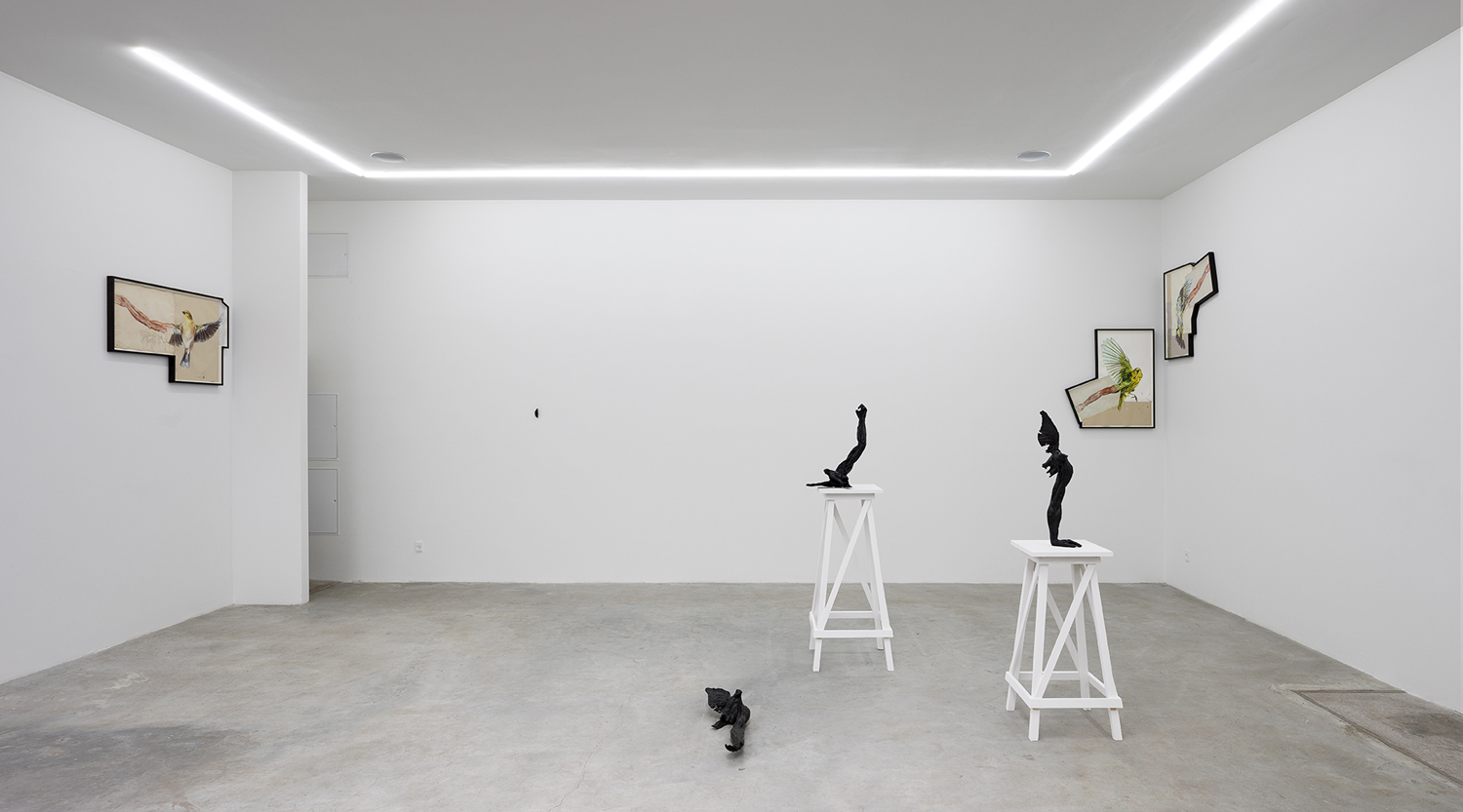 Troels Carlsen’s new exhibition Otherworld explores the passage between worlds. Our world and the Otherworld. Since the dawn of humanity the passage has intrigued thinkers and artists alike. The passage is described in religious, mythological and metaphysical concepts throughout the world.

In Carlsen’s version we are met by three bronze sculptures of Psychopomps – literally meaning the “guide of souls” – creatures, spirits, angels or deities in many religions, whose responsibility it is to escort newly deceased souls from earth to the afterlife or Otherworld. The sculptures (Fates #1, #2, #3) are birds that instead of one wing have grown a human arm. In form they are trapped between animal and human, being neither or both. Morphed mediators that appear both strong and gracious while at the same time in a state of conflict and distress. Four works on paper in irregular jagged frames (Mediator #1, #2, #3, #4) elaborate the concept further. In these works Carlsen combines vintage anatomical charts with beautiful renderings of exotic birds. Half scienti c study, half dream.

In two large tableaus (220 x 160 cm) Carlsen engages the rite of passage. In Path (Other- world) a faceless woman in a red scarf is led from a small town by a faceless older man. A school of butter ies emerge from where her face would be. The two characters seem to support each other on their path. In Coast (Otherworld) a poised woman faces the edge of a beautiful and lush coastline. Her human form slowly disintegrating into a wooden skeleton. Both works are composed on vintage anatomy collages and create visual passages by juxtaposing the vivid painted surfaces against the strictly rendered charts. Offering glimpses into another imagined world. Scattered around the gallery are small young chicks in bronze, Oracle (Otherworld), suggesting that there is a beginning to every end.

Otherworld is a metaphysical meditation. We know how we enter the world but how will we exit?