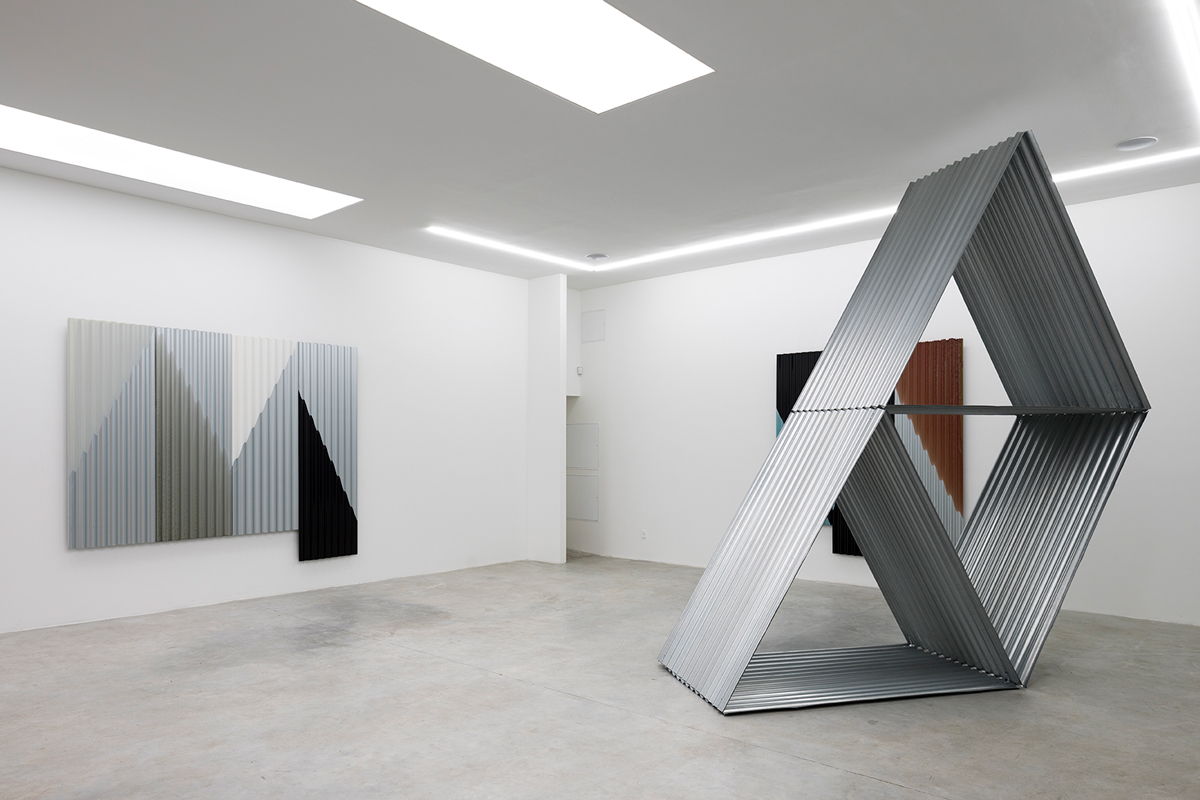 In the current climate it's worth reminding ourselves of the well-trodden narrative that artists have always been social and geographical refugees. Largely unrewarded by societal norms and perpetually moved on from building to building to make way for more solvent lifestyles. Artists still are, despite the rare exceptions, the undervalued workforce of cultural and physical regeneration, doing a job only missed in its absence.

Fittingly, such themes of temporality, habitation, migration, immigration, settlement and displacement are the contemporary topics of the day and no single material carries the ambiguity of threat or the hope of salvation quite like corrugated steel.

Corrugated steel is a wonderful material, strengthened by ridged channels as it is, shiny and strong. Its potential as both protector and oppressor carries with it a relevant post-truth contemporary nonchalance. Is it there to keep you in or out? To shelter or reject? The agency of corrugated steel naturally engenders a visual lexicon for our times, tempered by arts equally redemptive instincts for colour, harmony, beauty, and pleasure. It is not unintended that the paintings could, in time, stand in for a visual language that records this moment in the same way that paint leaves a tide-mark behind...

When these prefab sheets are submerged into slim vats of coloured emulsion, the vats are tilted, allowing the viscous paint to run down the channels. The resulting sine wave-like curves are the natural outcome of the action, the poiesis, and as such speak of material cause, and even fate. At the heart of the work is the romantic story that the shape of lives is defined by preset paths or channels assigned to physical circumstance and environment, and realised only by action and will. "The task of the craftsman is not to generate the meaning, but rather to cultivate in himself the skill for discerning the meanings that are already there."1

The term Static Vehicle is borrowed from the Paul Virilio's prophetic 2007 work 'The Futurism of the Instant, Stop-Eject' and was originally used in an architectural sense to describe the VHB's (Very High Buildings) of the present day2. But the term is easily transposed to describe the role of art works in general - as static vehicles of potential meaning. The purity of this equation marries material to an idea, cause to an outcome, and suggests that things are the way they are because they have to be.

Thanks for looking
– Shane Bradford, 2017

Shane Bradford, born 1971, lives and works in London. He continuously investigates the dialogue between painting and sculpture in his practice. Static Vehicle consist of 5 large scale works involving corrugated metal and coloured emulsion. He has recently exhibited in Cologne (Choi & Lager), and Stockholm (Christian Larsen Gallery) and has an upcoming residency at CCA (Mallorca). 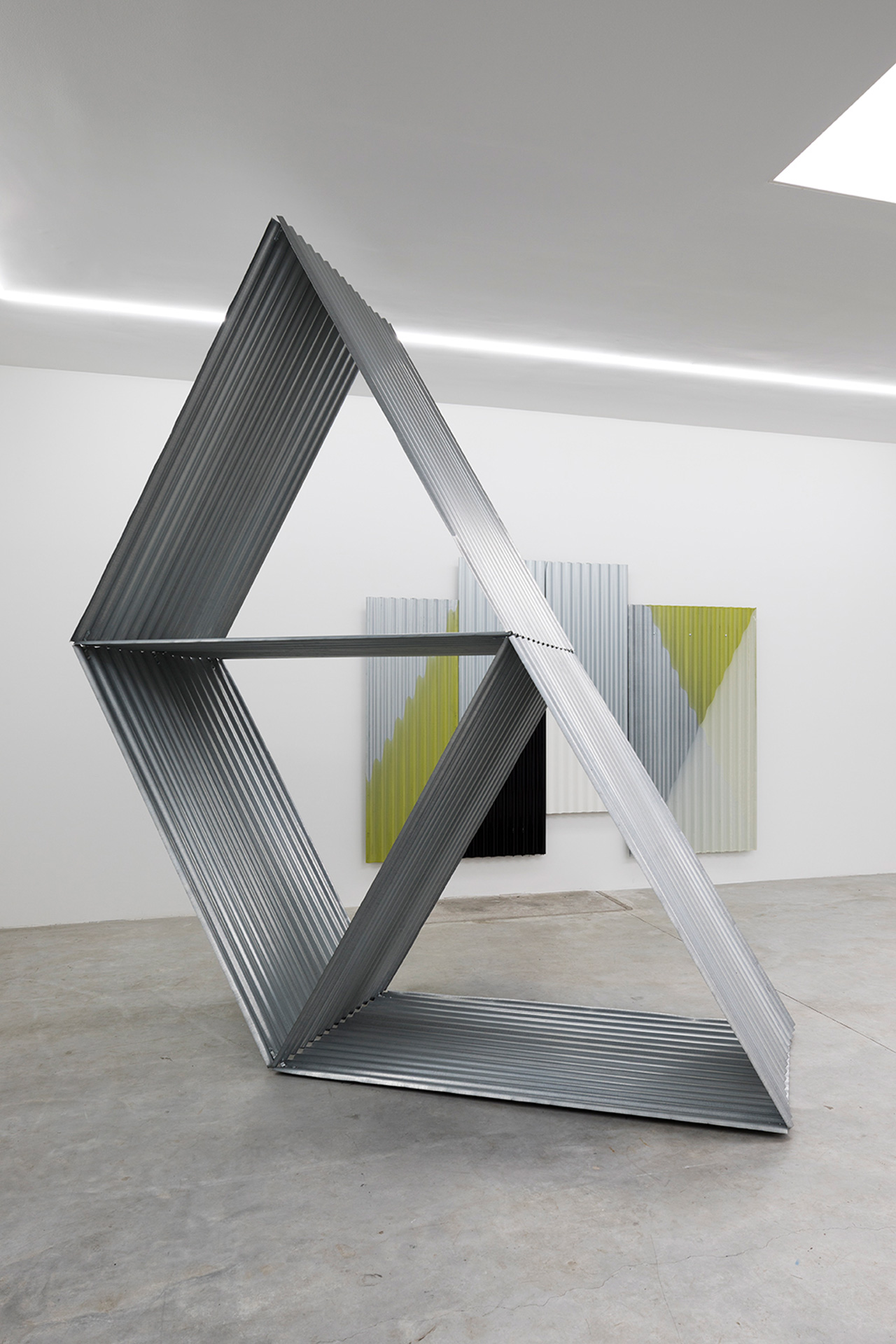 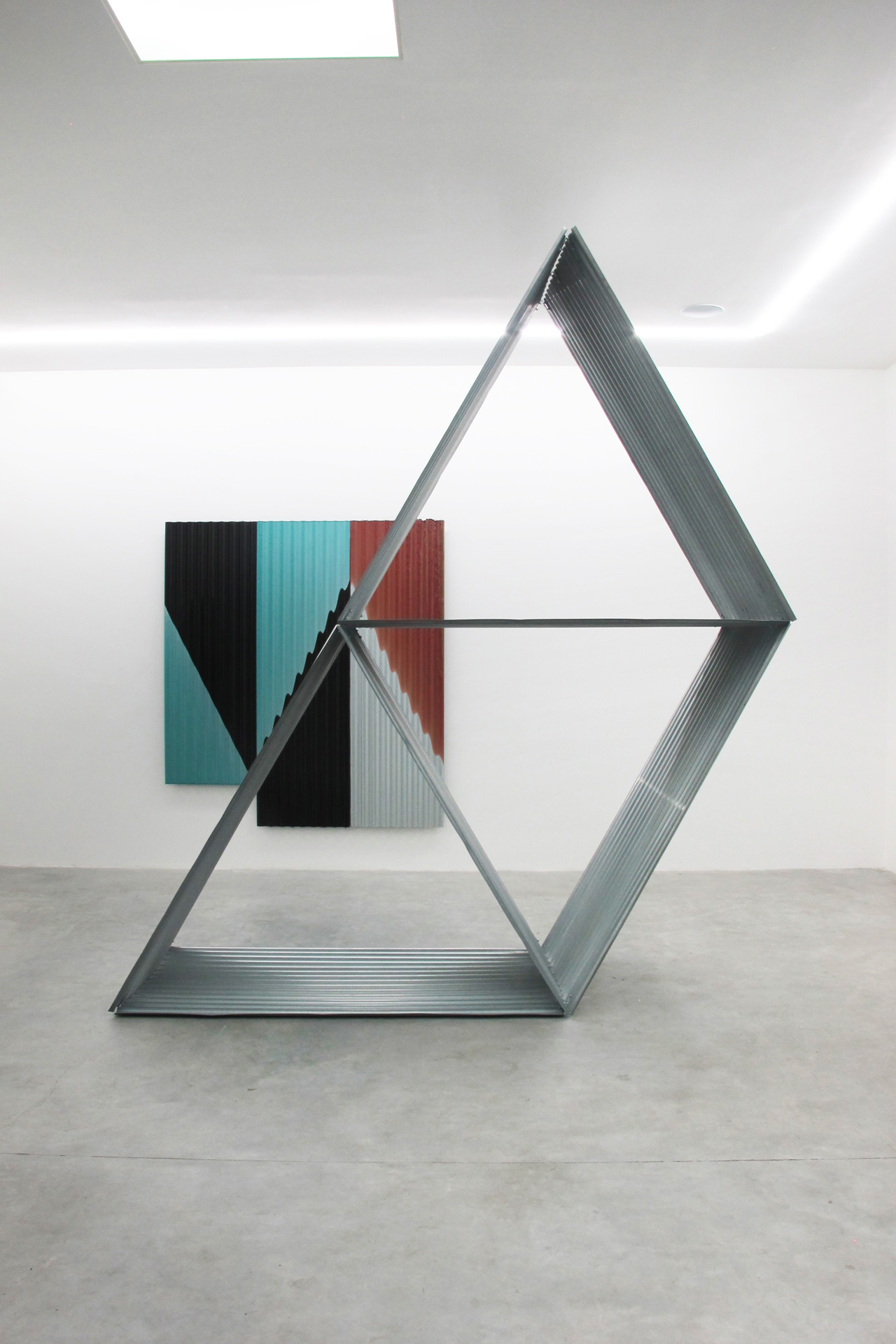