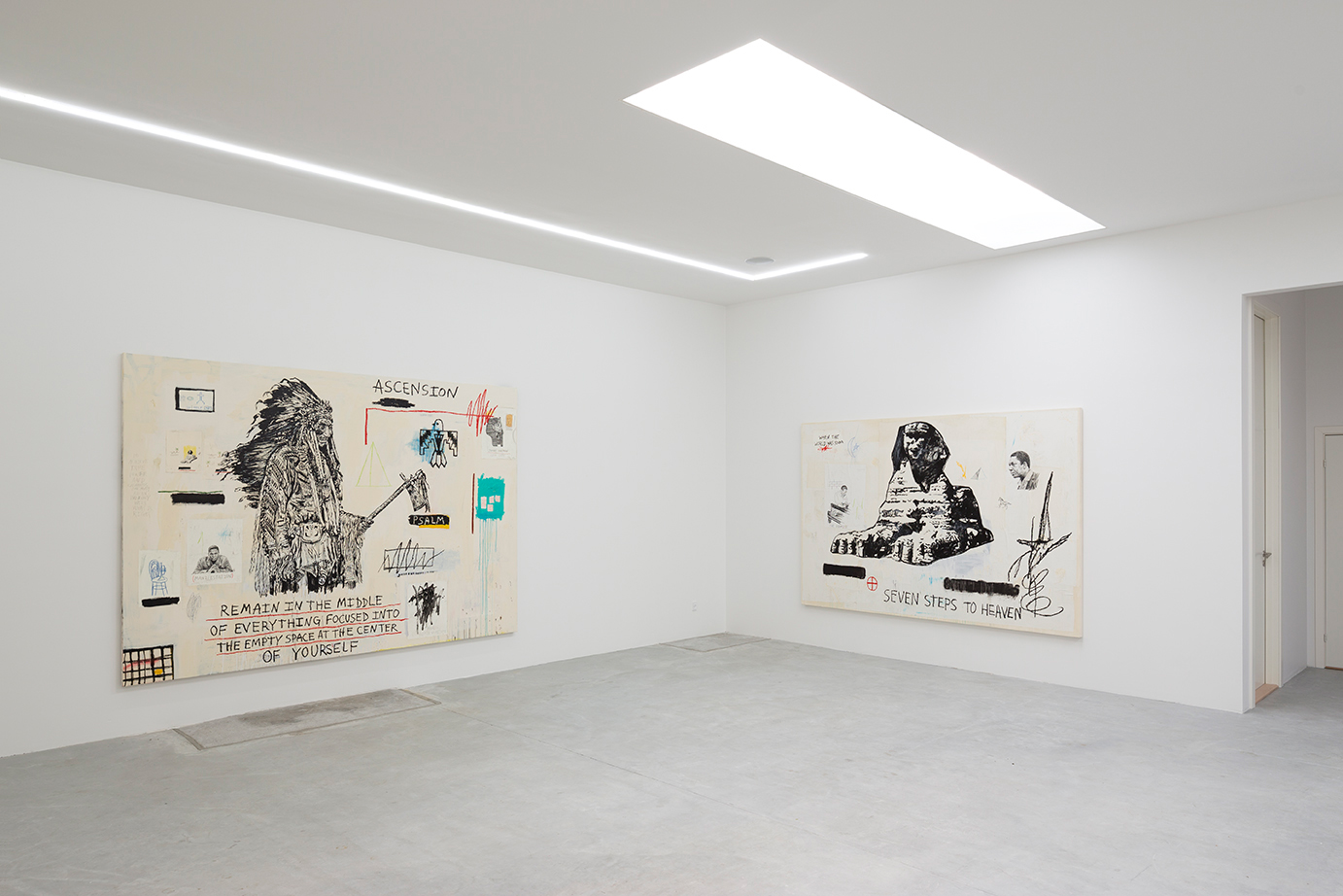 The Believer consists of 4 new large-scale paintings. John Coltrane, Miles Davis, Thelonious Monk and other jazz pioneers and legends inhabit these paintings. They are present in these works in portrait, character, spirit and rhythm, as if they were playing along with the paintings they appear in. The canvases are heavily layered, paint on paint, images painted over, drawings attached, text pieces, abstract patches, stabs of color and echoes of yesterday’s composition. The 4 works feel very alive and continue to evolve as you engage them – new details appear and disappear, abstraction morph into figuration and vice versa. The works appear organic, melodious, almost effortless, composed with hard earned skill, executed with elegance.

The new body of work is loaded with information and references to ancient and recent history. Public and private information merge and narratives appear. A generous and elusive, yet transparent, mind map that connects a large Egyptian sphinx, a portrait of Duke Ellington, a running horse, star and crescent, a large black abstract doodle and the texts SEVEN STEPS
TO HEAVEN and WHEN THE WORLD WAS YOUNG in the painting Going Places, 2016.

In the work Fellow Traveller Of Awareness, 2016 Wes Lang quotes Carlos Castaneda, the American author and Ph. D in anthropology and well known for his work regarding shamanism. In the same painting a large Native American chief, a regular character in earlier Lang work, appears side by side a detailed portrait of John Coltrane, below him simply the word MANIFESTATION. A drawing of Tutankhamun’s head is also attached, so is a small simple drawing of a blue chair on which a trumpet rests, in the top right hand corner the word ASCENSION scrawled in large letters.

The Believer is a manifestation of belief. These works are not monuments for jazz legends. They are living meditations, testimonies to creators and explorers, reminders that through curiosity and practice we have the potential to become better musicians, painters, writers and humans.